(COLUMBUS, Ohio) – It was a day his family had long hoped would come – the day 19-month-old Jack Shields was discharged from Nationwide Children’s Hospital. Jack and his twin, Jonah, were born 14 weeks early and developed bronchopulmonary dysplasia (BPD), a chronic lung condition common among premature babies who require ventilators to breathe after birth. The national average states 20 percent of babies with severe BPD do not survive, but in the Comprehensive Center for BPD at Nationwide Children’s Hospital, the survival rate is more than 99 percent after doctors and researchers developed a new approach to treatment.

“We think of our BPD unit not so much as a pulmonary unit, but more of a neurodevelopmental unit,” said Leif Nelin, MD, division chief of Neonatology at Nationwide Children’s Hospital. “We’ve found that, when we give the right mechanical ventilation setting, we can really focus on their neurodevelopment, and that’s one of the things we do very differently here.”

Rather than sedating patients, ventilator settings that deliver larger breaths more slowly allow babies to interact with the world around them and participate in guided therapy and play. This not only prevents developmental delays and helps babies reach normal milestones, but it also results in better medical outcomes.

“You’re much more likely to find patients playing on a mat on the floor than you are in a bed, laying there getting ventilator therapy,” said Dr. Nelin.

It’s a treatment method Jack’s parents credit for his incredible progress and the strength he’s gained to finally be able to leave Nationwide Children’s.

“He’s a fighter, and he’s overcome every challenge he’s faced with a smile on his face,” said Jack’s dad, Joe Shields. “He’s going to have a wonderful life.” 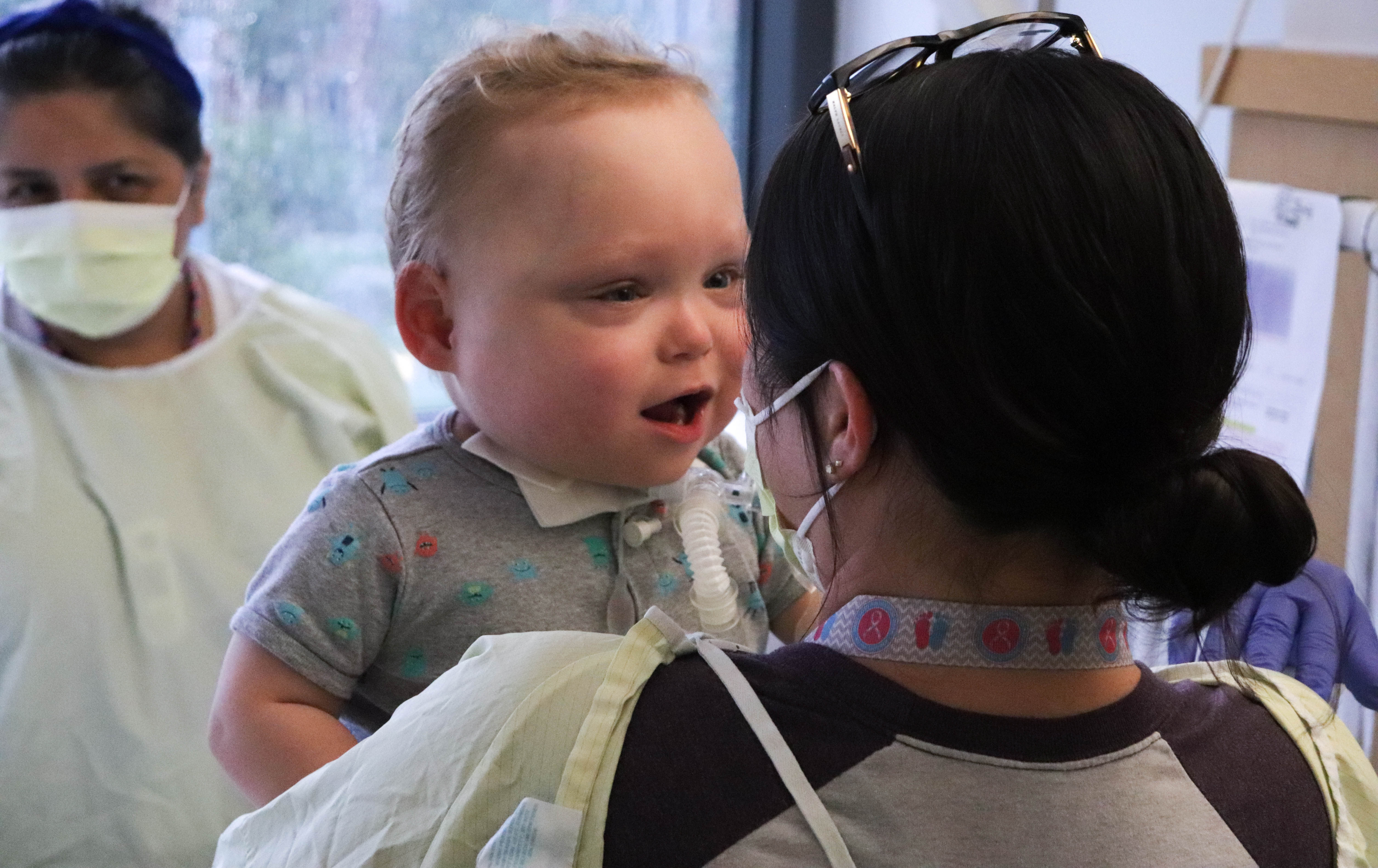 A member of 19-month-old Jack Shields’ care team says a bittersweet goodbye the day he was discharged from Nationwide Children’s Hospital. He was treated there for more than a year after overcoming a dangerous lung condition common in premature babies. 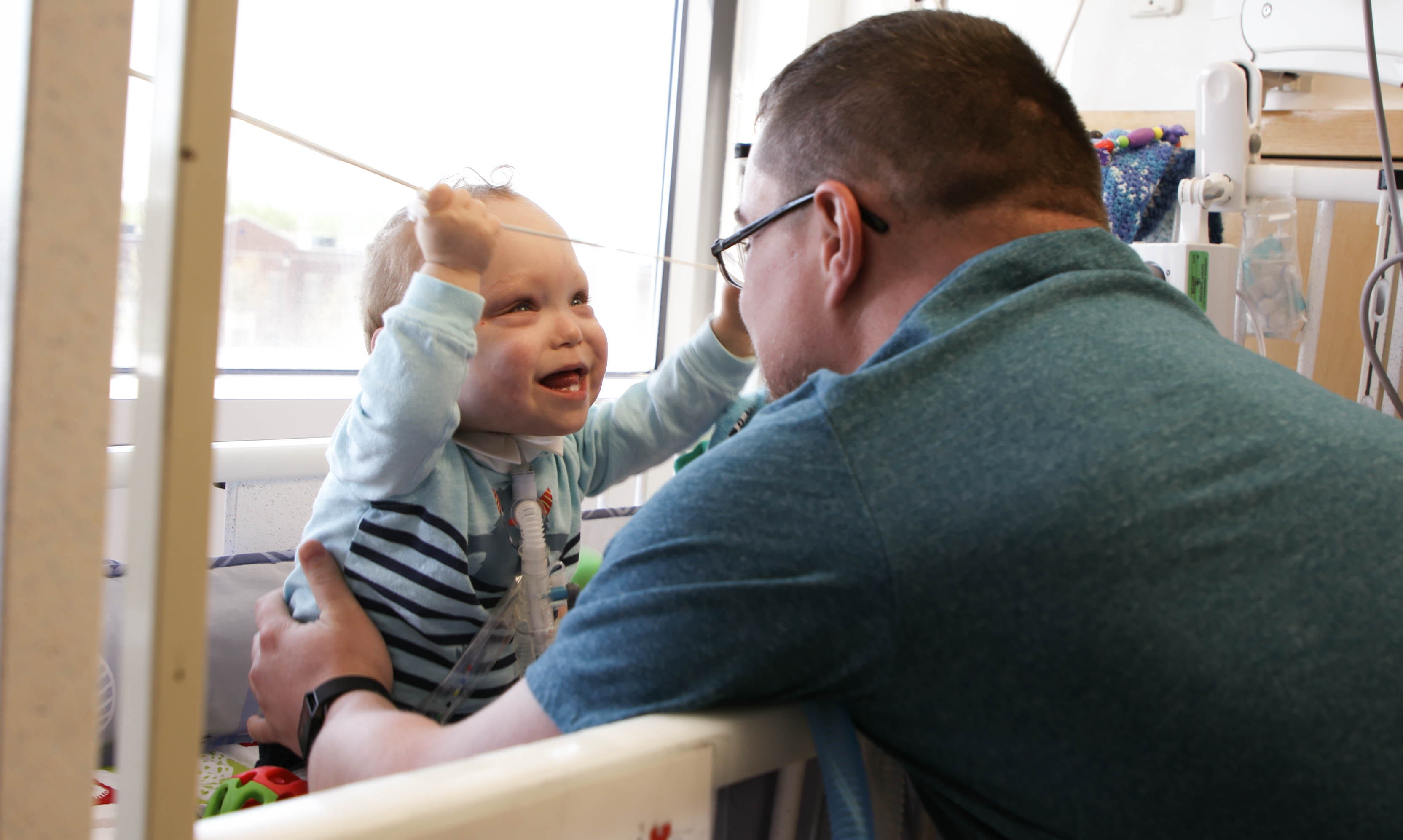 Joe Shields plays with his son, Jack, in his hospital room. A new approach to treatment for a chronic lung disease developed at Nationwide Children’s Hospital helped Jack grow strong enough to finally be discharged from the hospital after 15 months. 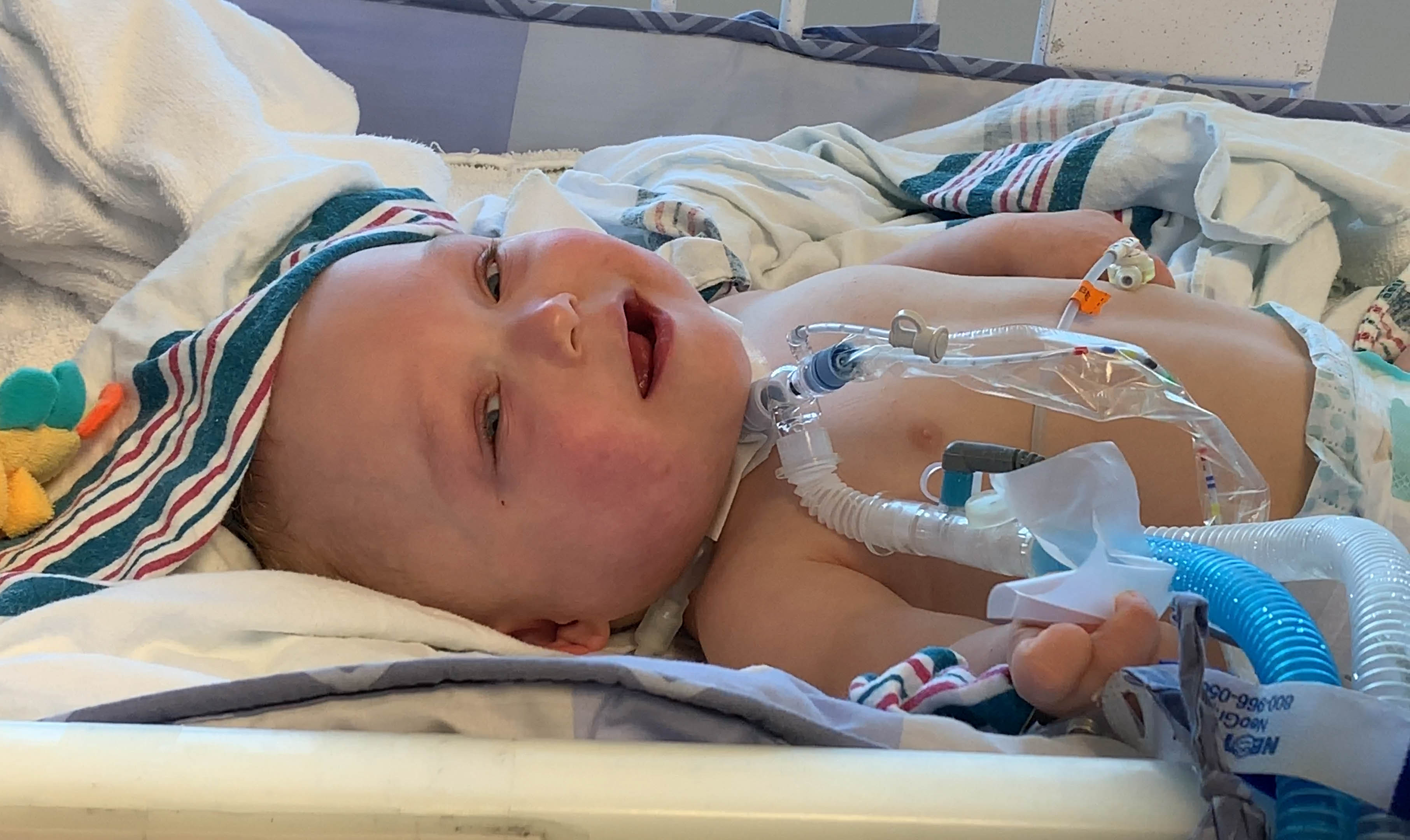 Nineteen-month-old Jack Shields smiles in his crib at Nationwide Children’s Hospital. A new approach to treatment for a chronic lung condition common among premature babies allows them to interact with the world around them rather than being sedated. This philosophy is proven to prevent developmental delays and lead to better medical outcomes. 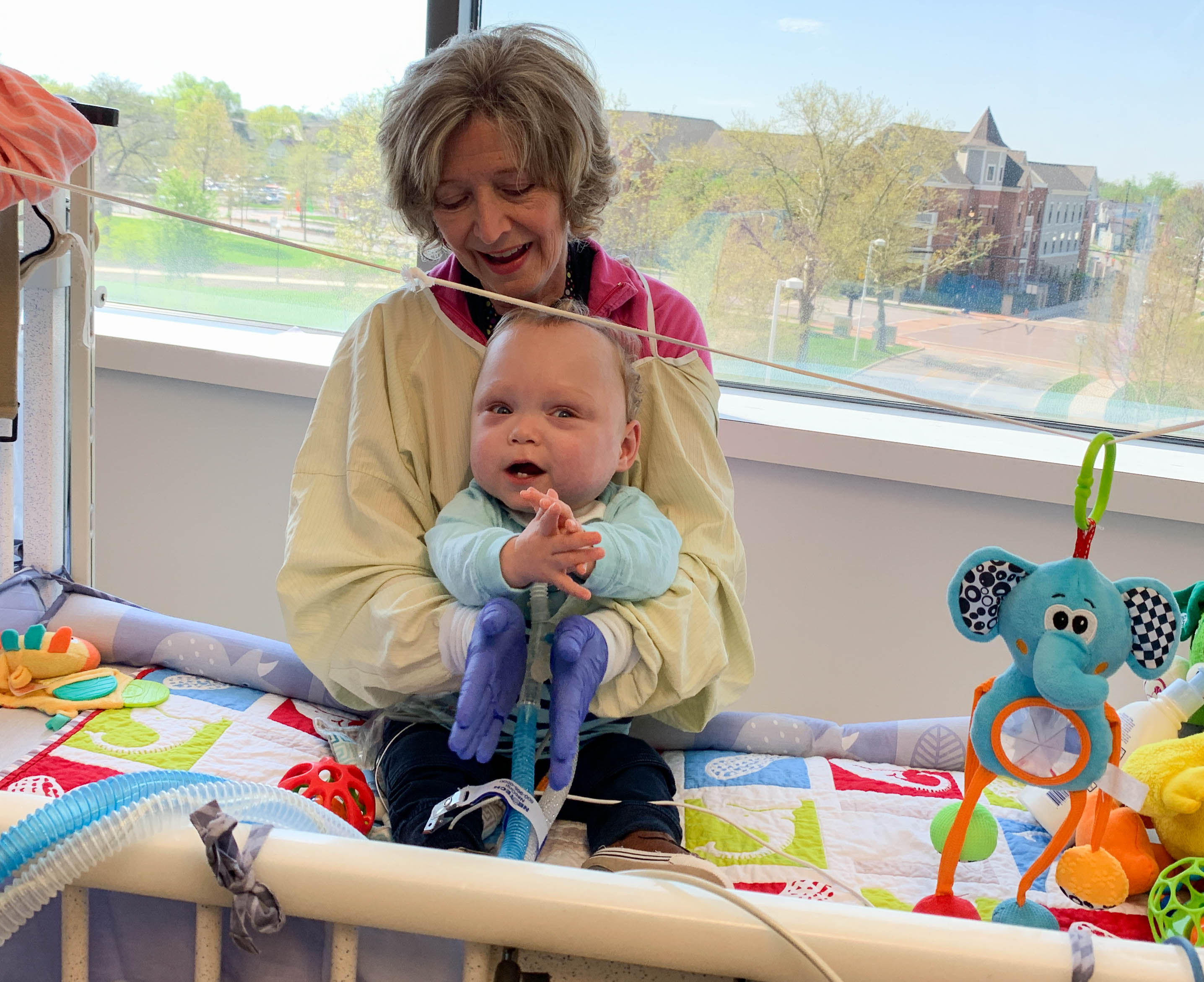 A massage therapist at Nationwide Children’s Hospital works with 19-month-old Jack Shields in his hospital room. Researchers there are changing the approach to treating a chronic lung condition common in premature babies by focusing less on the lungs and more on neurodevelopment. 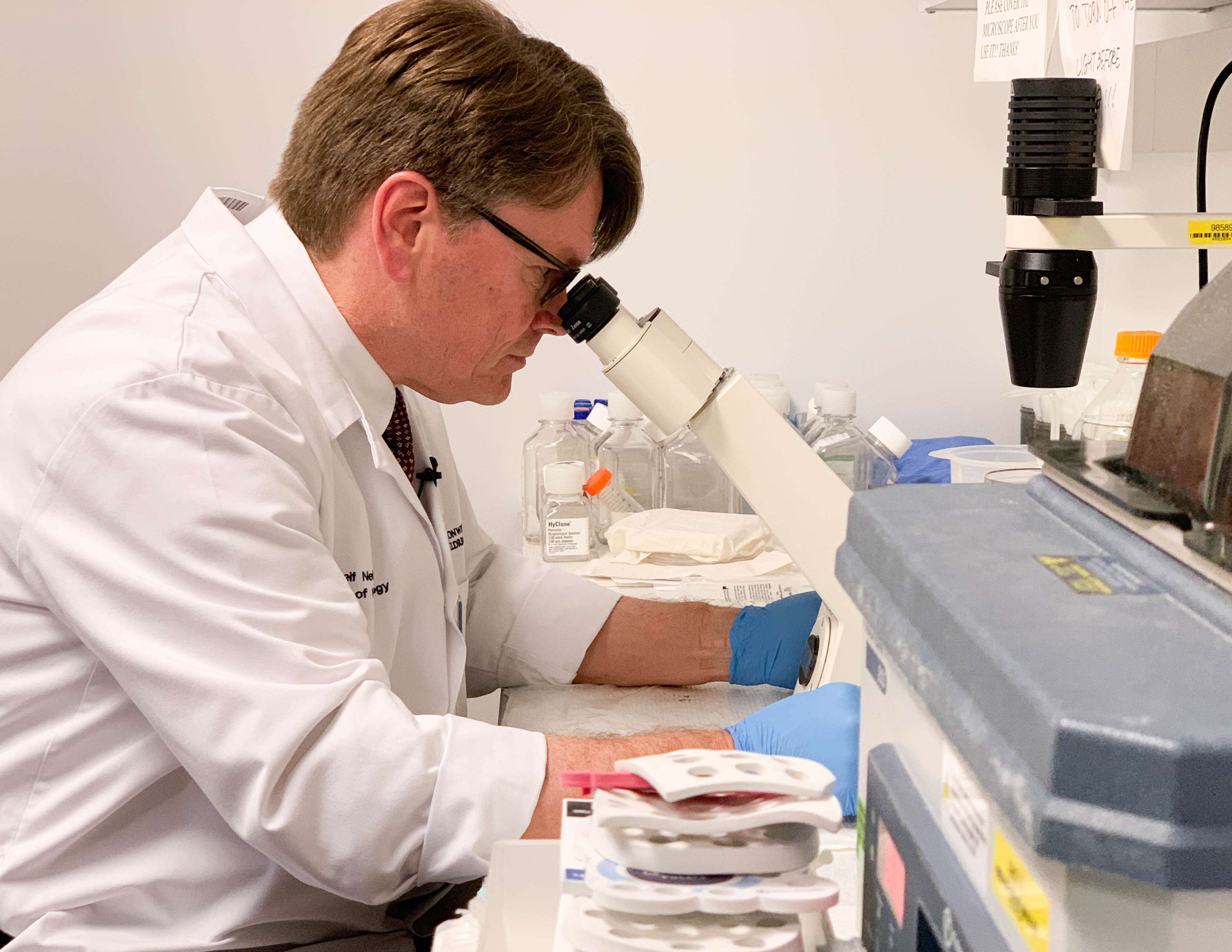 Leif Nelin, MD, led a team at Nationwide Children’s Hospital that has drastically improved survival rates among babies with a chronic lung condition. By giving babies optimal ventilator settings, they are able to forgo sedation and allow babies to interact with the world around them. This approach prevents developmental delays and improves medical outcomes.