(COLUMBUS, Ohio) – Most kids are having too much fun riding their bikes to worry about getting hurt, but a new study found that more than 2.2 million children were treated in U.S. emergency departments for bicycle-related injuries over a ten-year period. That’s about 25 every hour.

“The good news is that the rate of injury declined over the course of the study. Still, far too many children are being seriously hurt on their bikes,” said Lara McKenzie, PhD, Principal Investigator with the Center for Injury Research and Policy at  Nationwide Children’s Hospital and lead author of the study. “The best place to start is with a well-fitted helmet. The study found that children who were not wearing a helmet when they were injured were more likely to suffer traumatic brain injuries and to be hospitalized.”

McKenzie says parents should look for helmets with a sticker indicating that it is certified by the Consumer Product Safety Commission and recommends they shop for a helmet with their child so they can pick one their child likes and will want to wear every time they’re on their bike.

When fitting the helmet, the straps should form a “V” around the ears and the chin strap should be snug, but allow the child to fully open their mouth. There should be a space about the width of two fingers between the eyebrows and the edge of the helmet to ensure it’s protecting the front of their head yet doesn’t obstruct their vision.

“Once they have a fitted helmet, parents should also make sure their kids have the proper education before they pedal away, especially if they are going to be riding in the street,” said McKenzie. “Injuries involving motor vehicles more than doubled the odds of a traumatic brain injury and more than quadrupled the odds of hospitalization.”

Bike paths should be used when available, but experts are also calling for municipalities to make roads safer for cyclists through “Share the Road” initiatives, dedicated bike lanes and bicycle education programs. 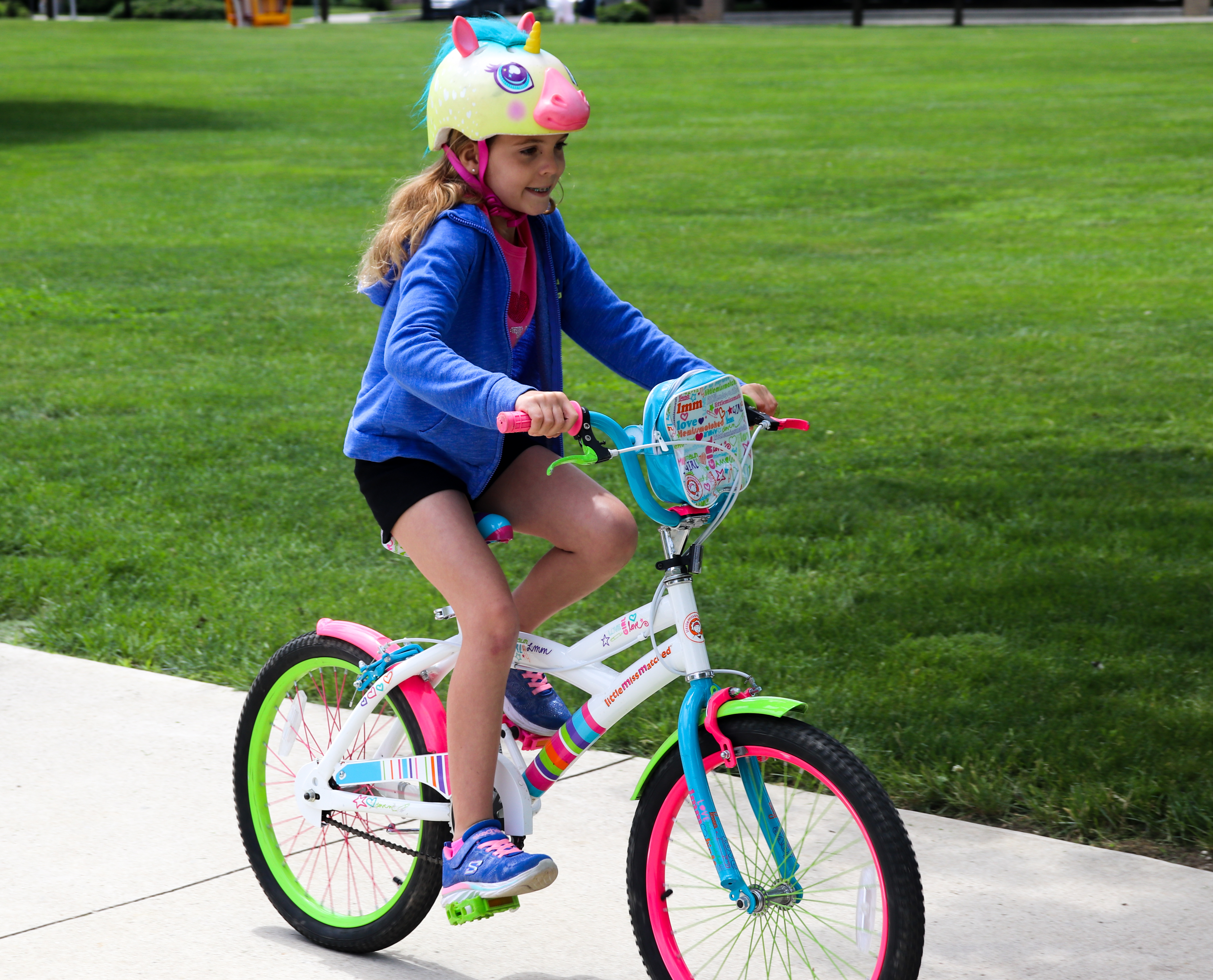 Wearing a helmet drastically reduces the risk of a child being seriously injured on their bike. A new study by Nationwide Children’s Hospital found that this simple step cuts the risk of traumatic brain injury in half.

Lara McKenzie, PhD, (left) led a study at Nationwide Children’s Hospital that found more than 2.2 million children were treated in U.S. emergency departments for bicycle-related injuries over a ten-year period. Simple steps like wearing a well-fitted helmet can dramatically reduce the risk of serious injury. 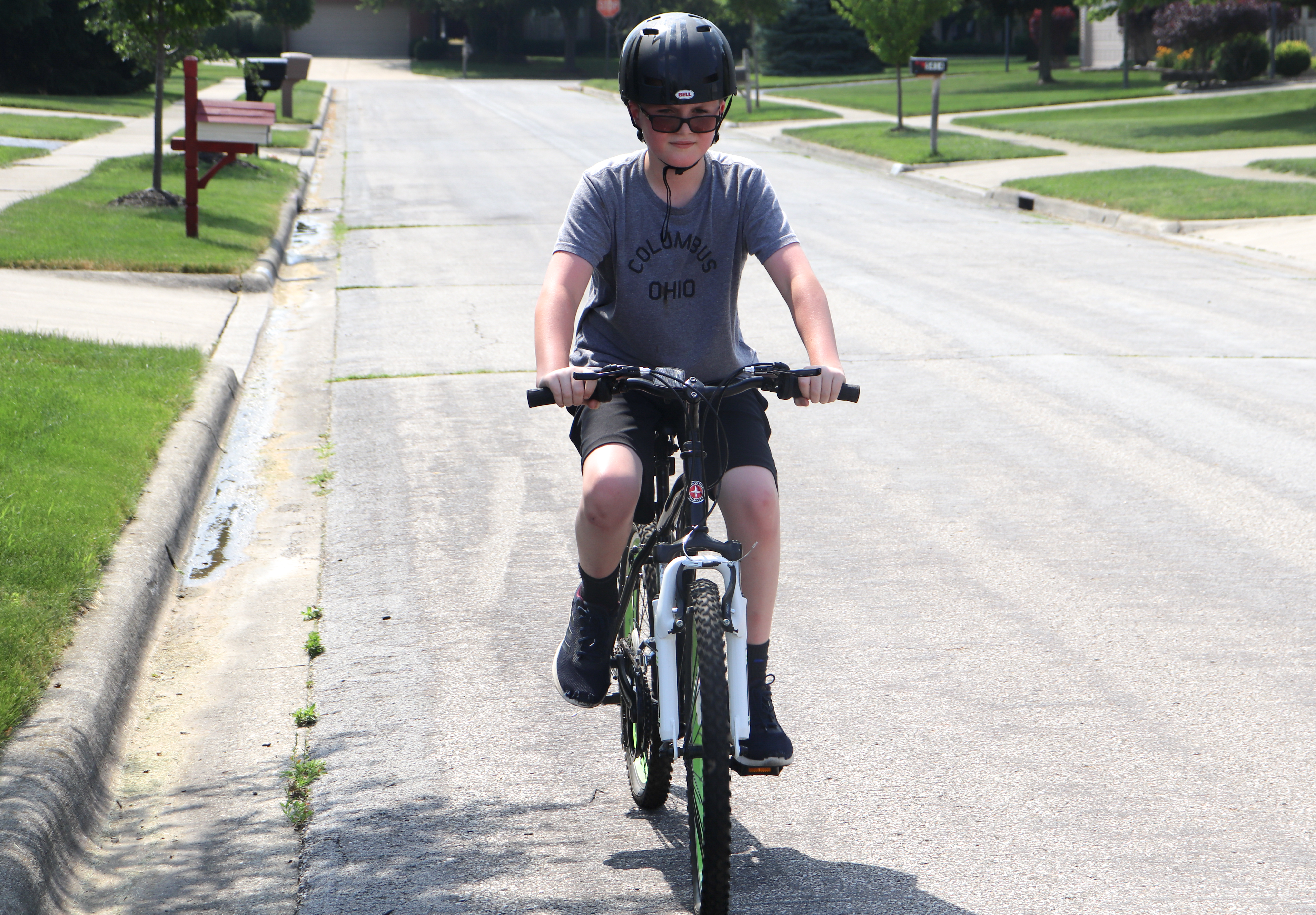 A new study finds that bicycle-related injuries to children are more than four times more likely to result in hospitalization when a motor vehicle is involved. It’s critical for kids to wear a helmet that fits and know the rules of the road when riding in the street. 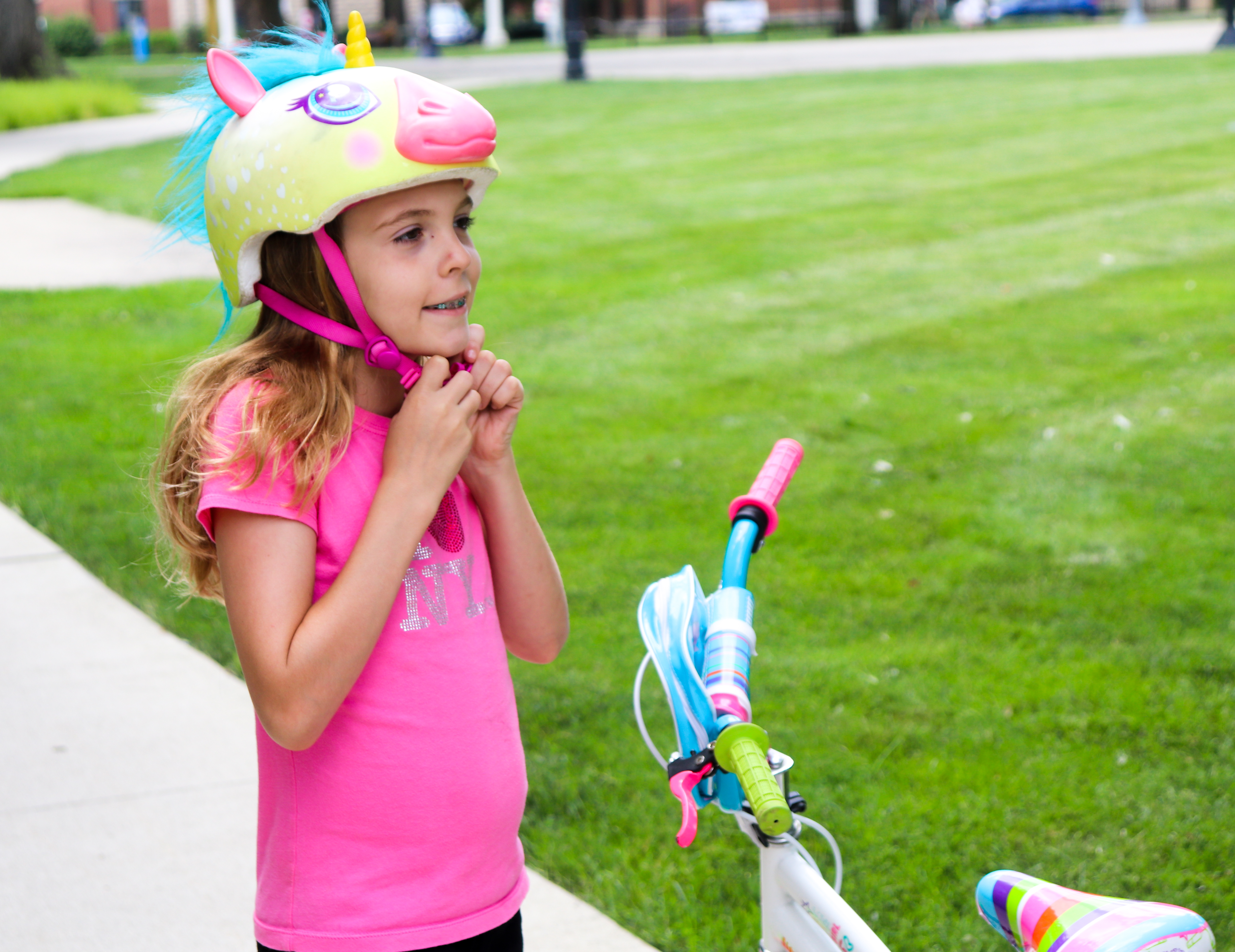 When fitting a bicycle helmet for a child, the straps should form a “V” around their ears, the chin strap should be snug and there should be a space the width of two fingers between the eyebrows and the edge of the helmet to ensure the best protection.

A study by Nationwide Children’s Hospital found that bicycle-related injuries that happened in the street were more likely to result in a traumatic brain injury and hospitalization. Bike paths are the safest, but if kids ride in the street, they should be at least 10 years old and know the rules of the road. 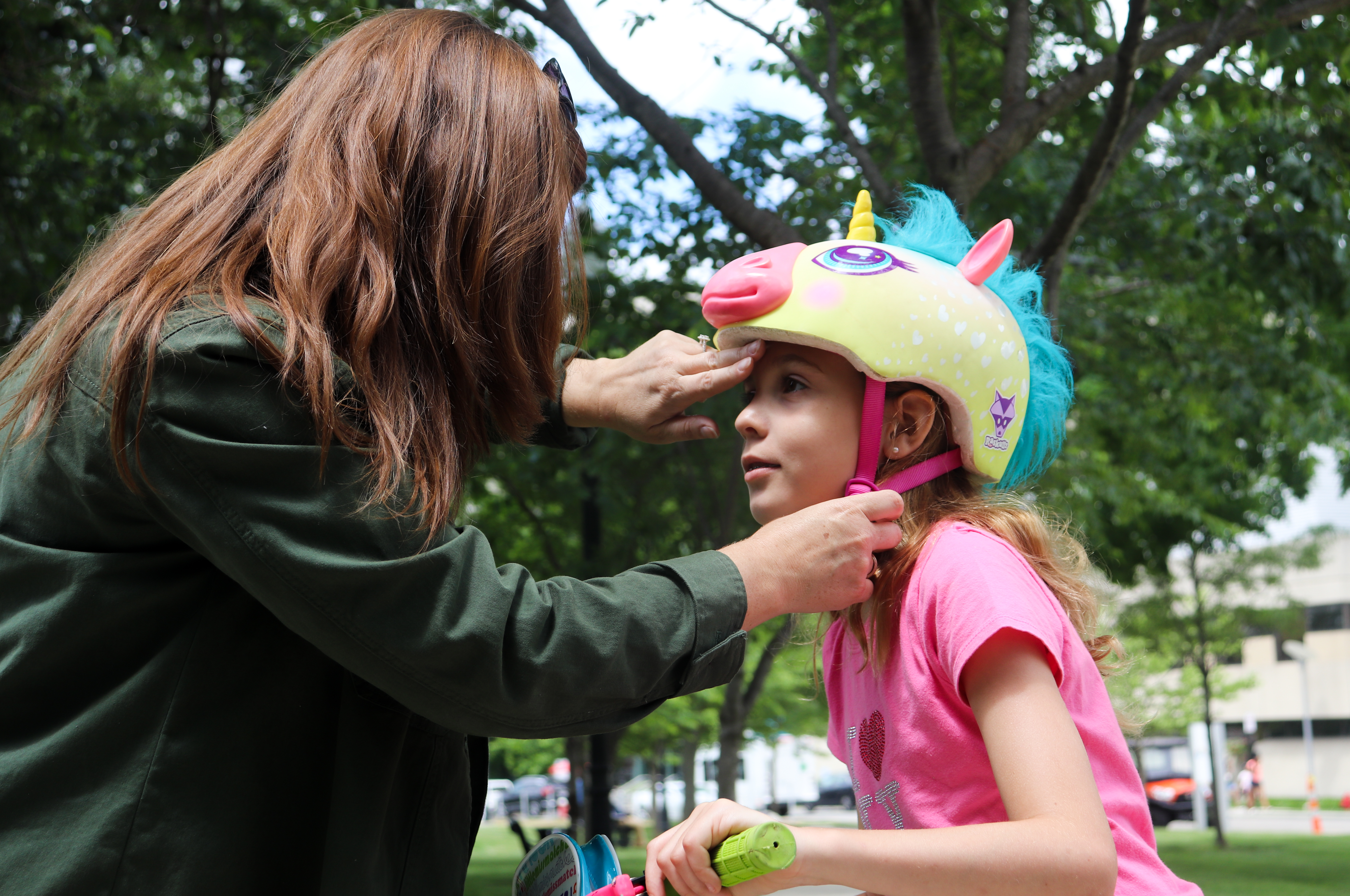 When fitting a child’s bicycle helmet, there should be a space the width of two fingers between the eyebrows and the edge of the helmet. This ensures that the helmet is protecting the front of their head, but doesn’t obstruct their vision.