(COLUMBUS, Ohio) – Over the past decade bariatric surgery has continued to gain acceptance as a safe and effective treatment strategy for teens struggling with severe obesity. A new report from the Teen-Longitudinal Assessment of Bariatric Surgery (Teen-LABS) study, a multi-centered NIH study including patients from Nationwide Children’s Hospital, finds that having bariatric surgery during adolescence results in drastic reductions of risk factors that are widely known to be associated with the development of heart disease later in life. Almost all of the 242 patients studied had high blood pressure, abnormal glucose levels, increased inflammation or high cholesterol before surgery, but three years after surgery, less than half of them had any of these risk factors.

“These patients can go forward into adulthood and have a lower chance of developing cardiovascular disease that could ultimately result in things like heart attacks and strokes,” said Marc Michalsky, MD, Surgical Director at Nationwide Children’s Hospital’s Center for Healthy Weight and Nutrition and the lead author of the current study published this month in the journal Pediatrics. “Younger patients, even within a group of teenagers, saw better results and were more likely to get issues like high cholesterol under control after surgery than older patients within the same study group.”

Michalsky says that most teens who are candidates for bariatric surgery have more than one of the cardiovascular risk factors studied. In fact, a third of the study participants had three or more of them. However, the number of patients with multiple risk factors after three years was reduced by about 85%.

For teens that have more than 100 pound to lose, bariatric surgery can give them a much better chance of sustained weight loss and a healthier future. Michalsky says teens and their parents should have a thorough discussion with their doctor to consider bariatric surgery as an option. “Lifestyle changes like diet and exercise are very important,” said Michalsky. “But they’re often not enough on their own to prevent the serious health consequences of severe obesity.” 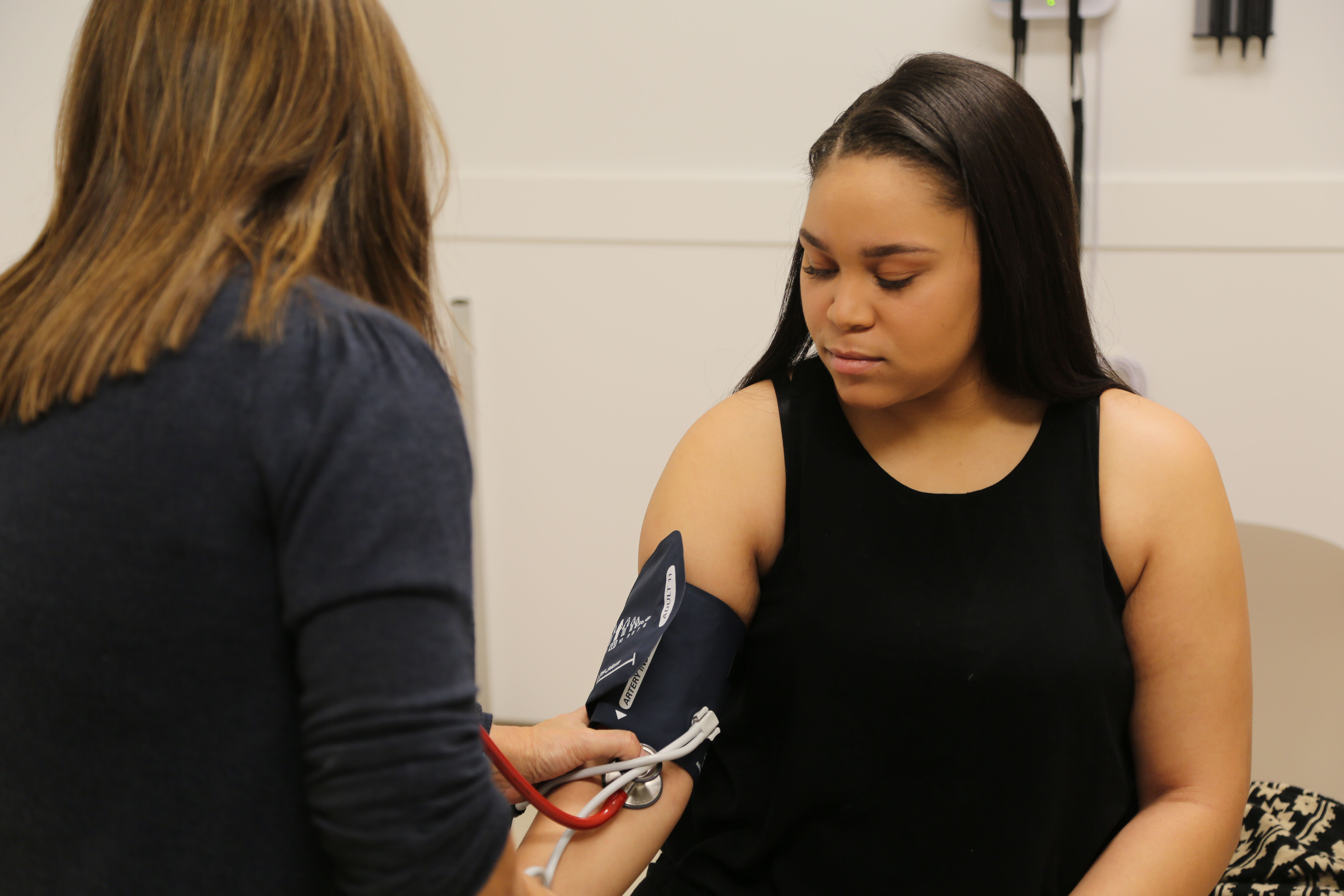 Leayre Sessley, 20, has a follow-up appointment at Nationwide Children’s Hospital Center for Healthy Weight and Nutrition six months after having a sleeve gastrectomy. Since her surgery, she has lost 70 pounds and is no longer pre-diabetic. 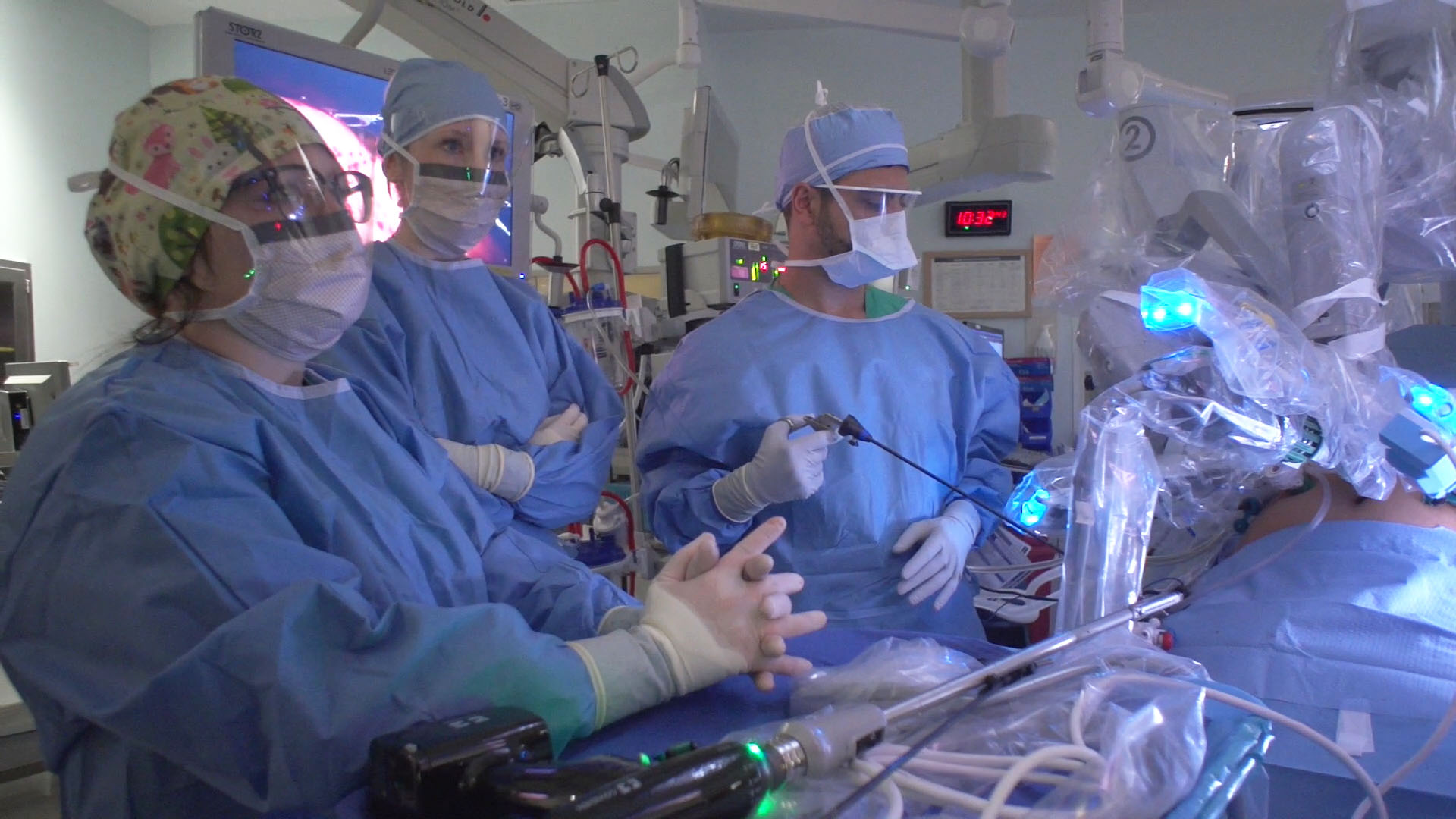 A surgical team at Nationwide Children’s Hospital performs a sleeve gastrectomy on a teenage patient. A new study shows that severely obese teens who have bariatric surgery are able to reduce several risks associated with the development of future heart disease. 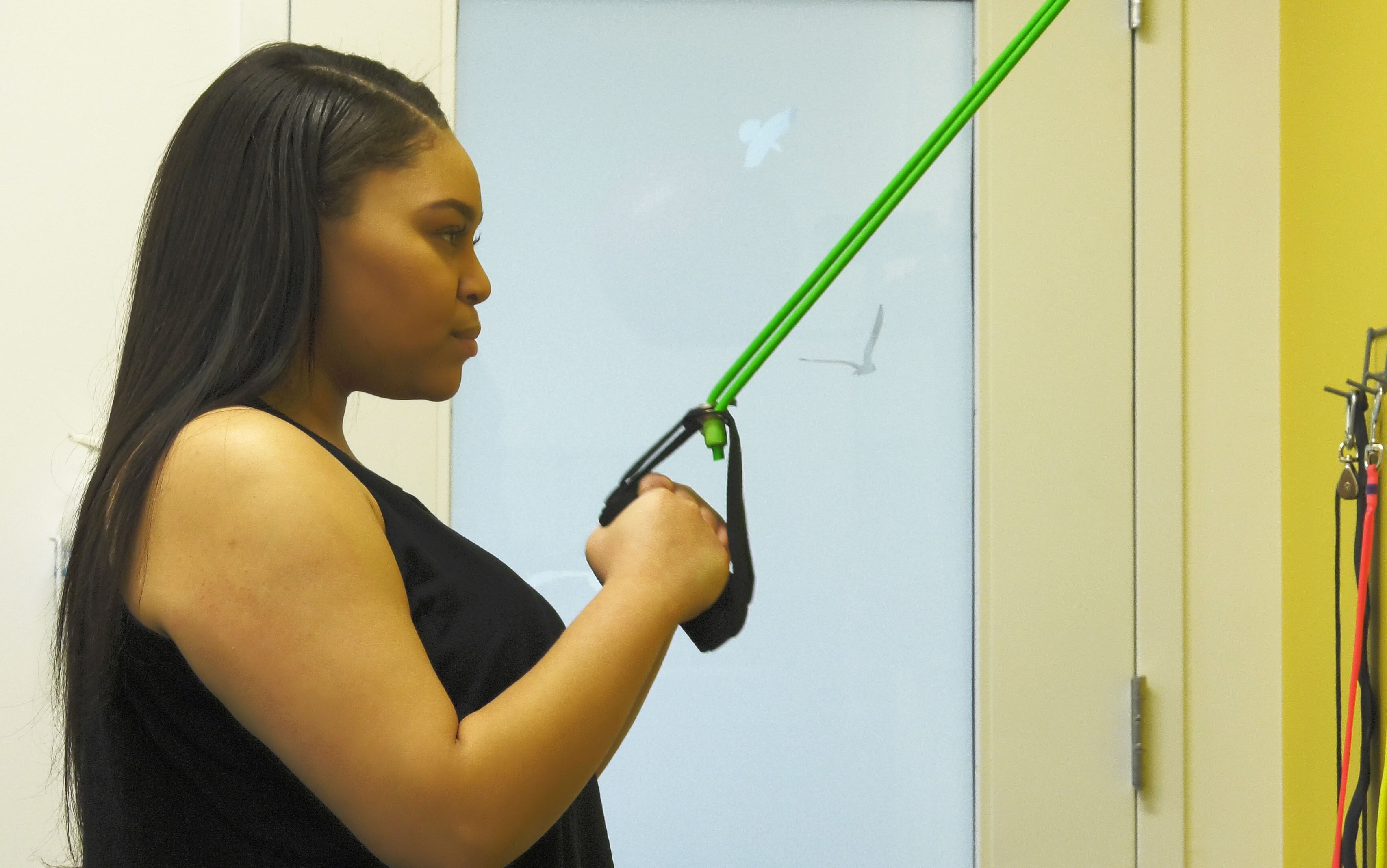 Leayre Sessley, 20, exercises four days a week and is committed to eating a healthy diet. Since having bariatric surgery at Nationwide Children’s Hospital six months ago, she’s lost about 70 pounds and is no longer pre-diabetic. 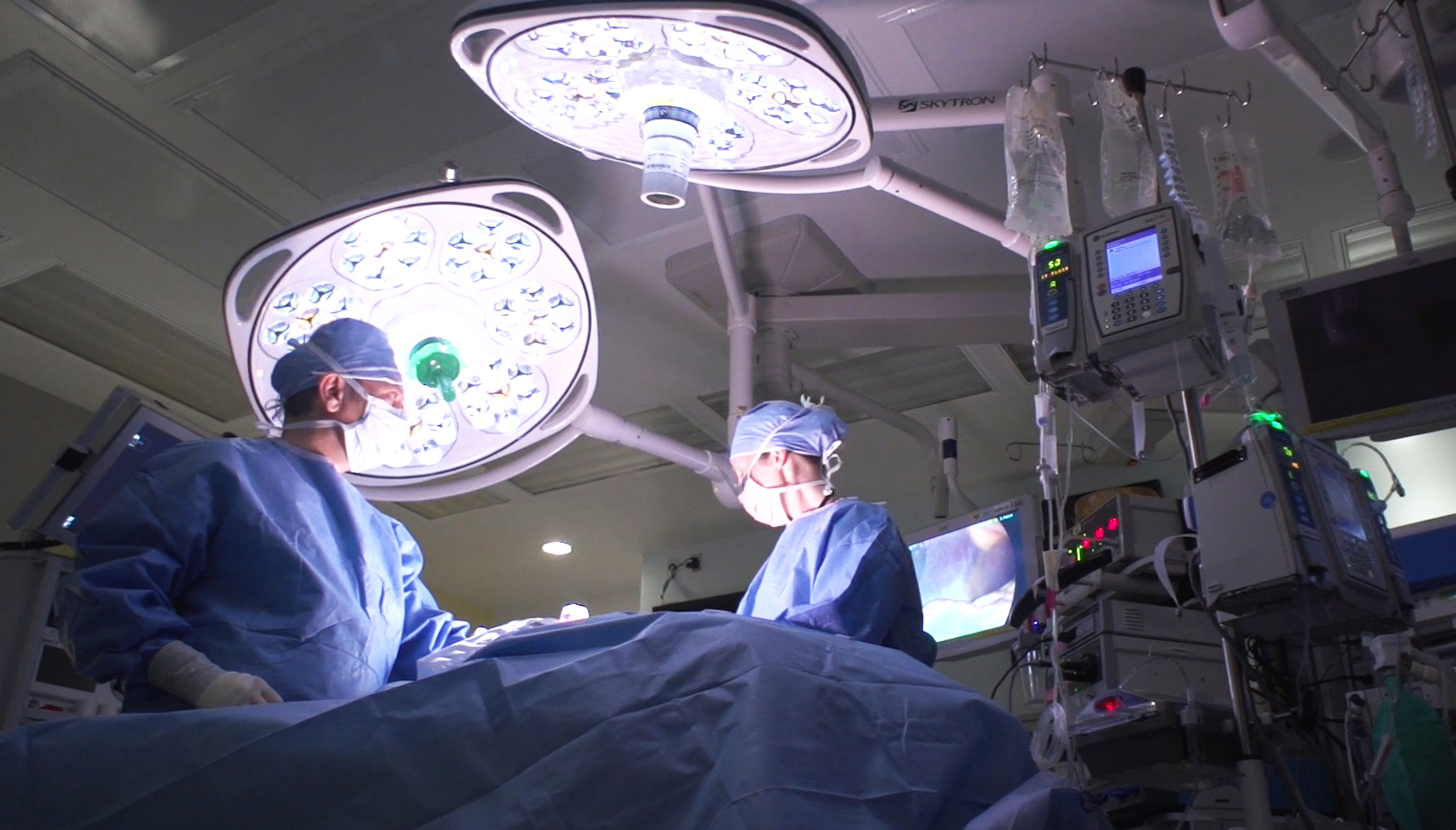 Marc Michalsky, MD, performs a sleeve gastrectomy at Nationwide Children’s Hospital. He served as the lead author on the most recent report from the Teen-LABS study that found severely obese teens dramatically reduced their risk factors for heart disease after having bariatric surgery. 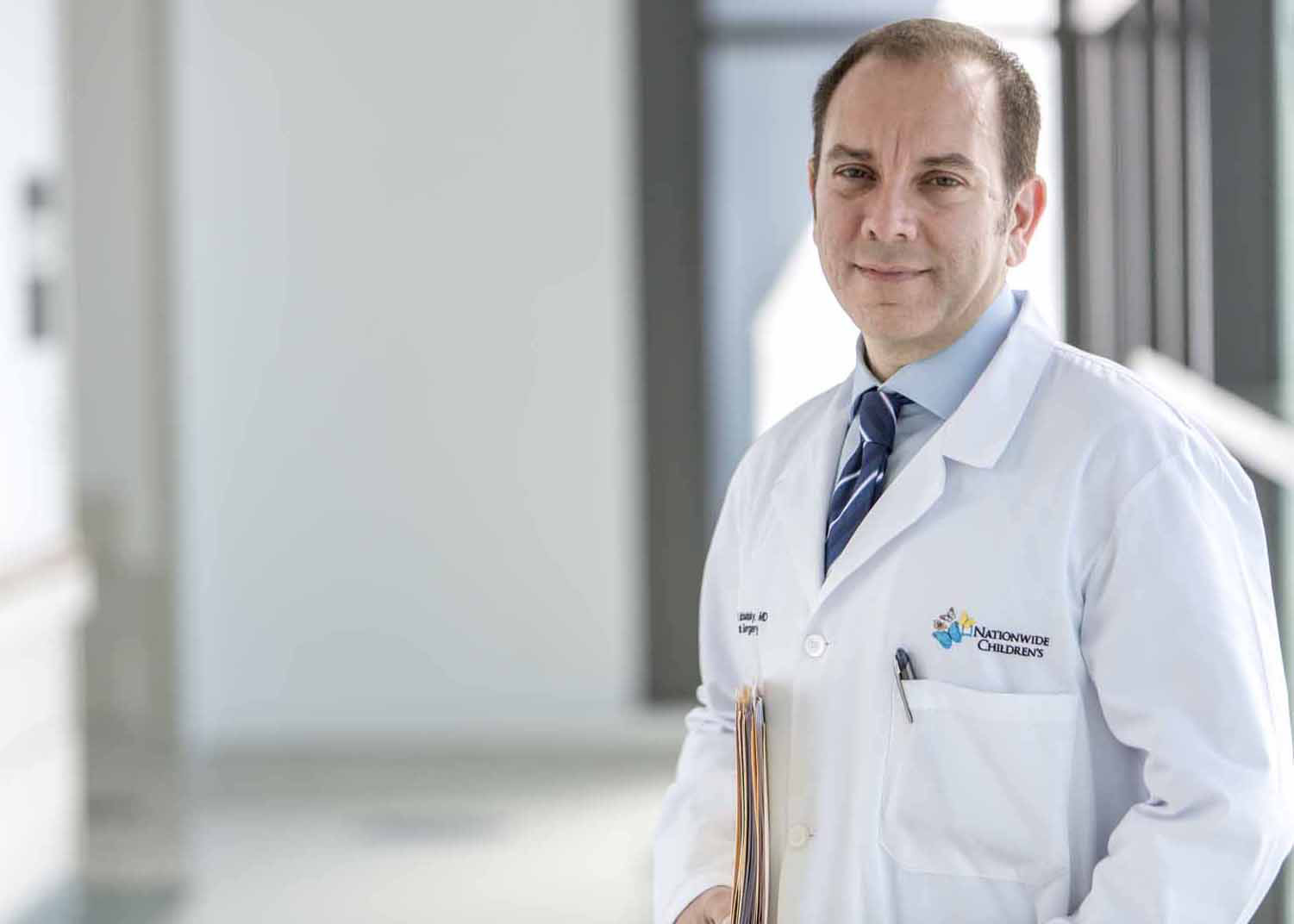 Dr. Michalsky served as the lead author on the most recent report from the Teen-LABS study, a multi-centered NIH-funded clinical study that found that while most teenage candidates for bariatric surgery have multiple cardiovascular risk factors, surgical weight loss can help to reserve those risks and lower the chances of developing a future heart attack.