(COLUMBUS, Ohio) – With more than 650,000 opioid prescriptions dispensed each day, the extensive use and abuse of these powerful pain medications is considered an epidemic in this country. Now, a new study is shedding light on how vulnerable children are to this epidemic.

Researchers analyzed calls made to poison control centers between 2000-2015. During the first decade of the study, the overall number of opioid exposures to children increased by 86 percent. After 2009, however, there was a decline of nearly 32 percent — with one notable exception.

“Counter to the decline in exposures to other types of opioids, we actually saw a pretty significant increase in exposures to buprenorphine during the last two years of the study among children,” said author Marcel Casavant, MD, Medical Director of of the Central Ohio Poison Center at Nationwide Children’s Hospital. “This is a type of opioid medication that is primarily used to treat people for addiction to heroin and other opioids. Calls to poison control centers regarding buprenorphine continue to climb.”

The study found that children younger than six years of age accounted for nearly 90 percent of the exposures to buprenorphine, and of those children, more than half required admission to a healthcare facility.

“Prescription opioids  are especially dangerous to young children,” said Gary Smith, MD, DrPH, senior author of the study and director of the Center for Injury Research and Policy. “These medications can have profound effects on the brain, cause coma, stop breathing, and, unfortunately in some cases, be fatal.”

Experts are calling for increased prevention efforts to better protect children from exposure to prescription opioids, including improved packaging. “Instead of loose pills in a bottle, we should be dispensing opioid prescriptions more often in blister packs or what are known as unit dose packages,” said Smith. “We’ve used that strategy with great success with other powerful medications, and we should be using it more often with prescription opioids as well.” 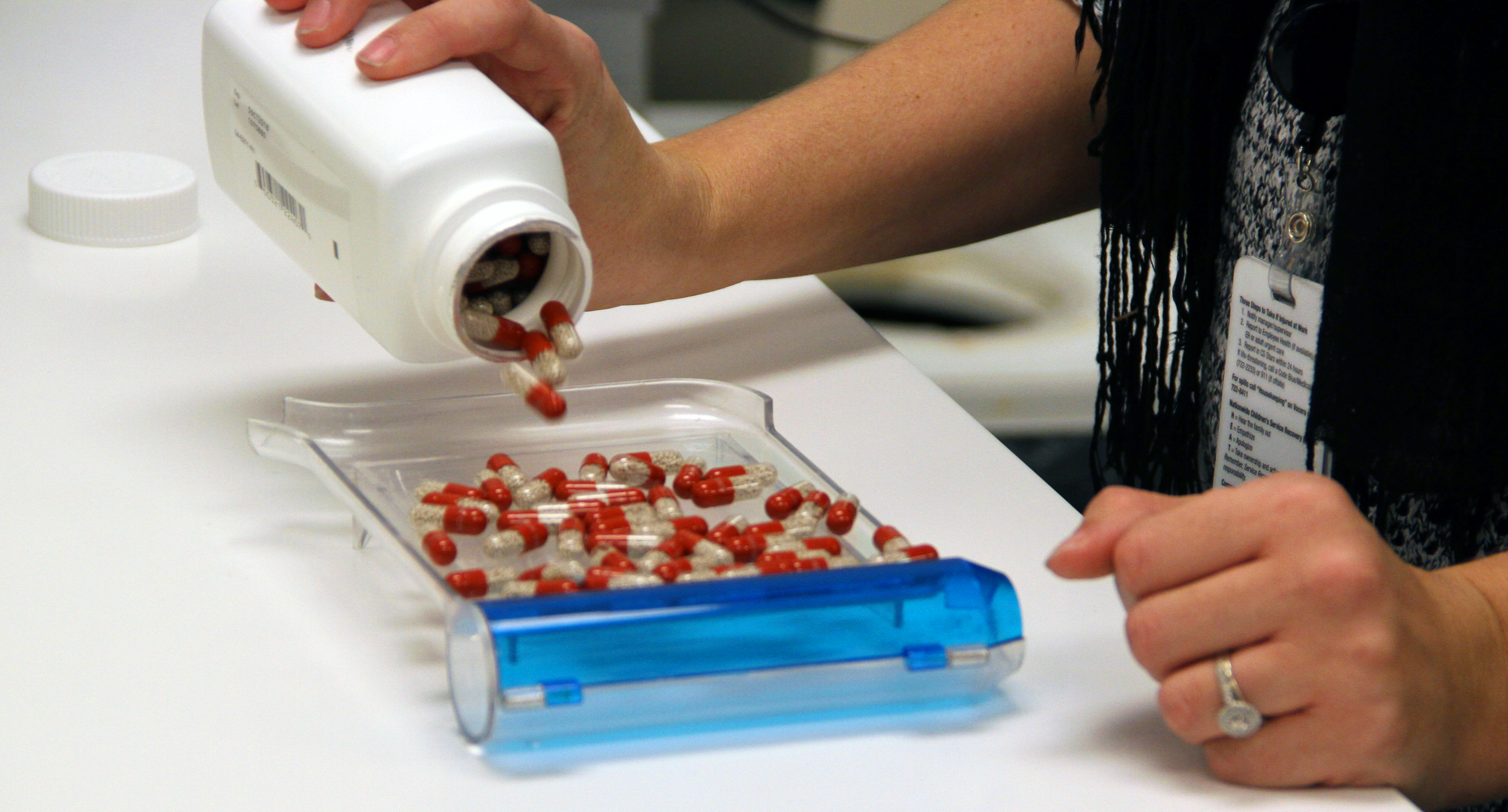 A new study shows U.S. poison control centers receive more than 30 calls each day (or one call every 45 minutes) about children exposed to prescription opioids. 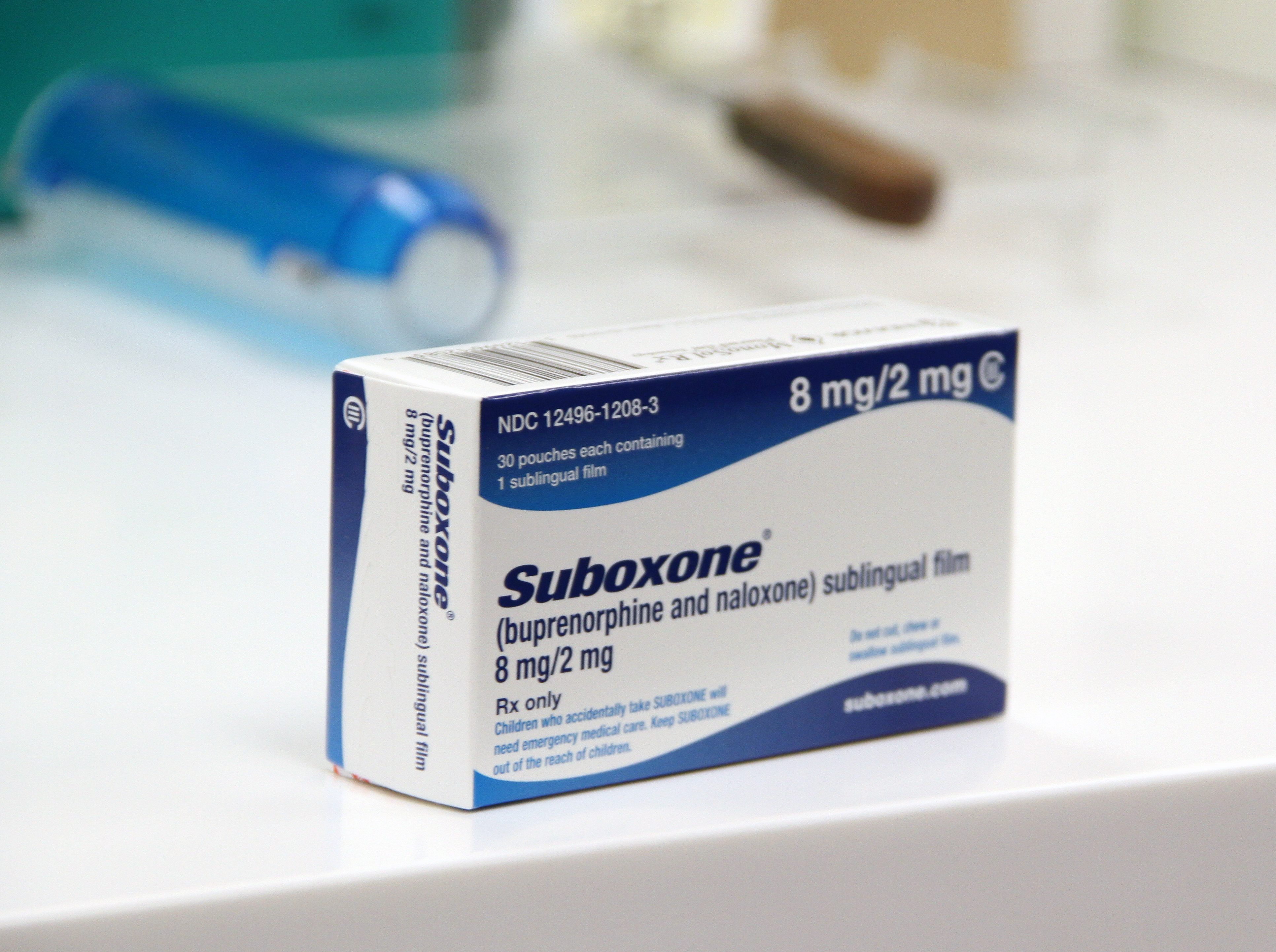 Buprenorphine, the main ingredient of Suboxone, is primarily used to treat people addicted to heroin or other opioids. A new study shows that calls to U.S. poison control centers about children exposed to buprenorphine increased in 2014 and 2015. 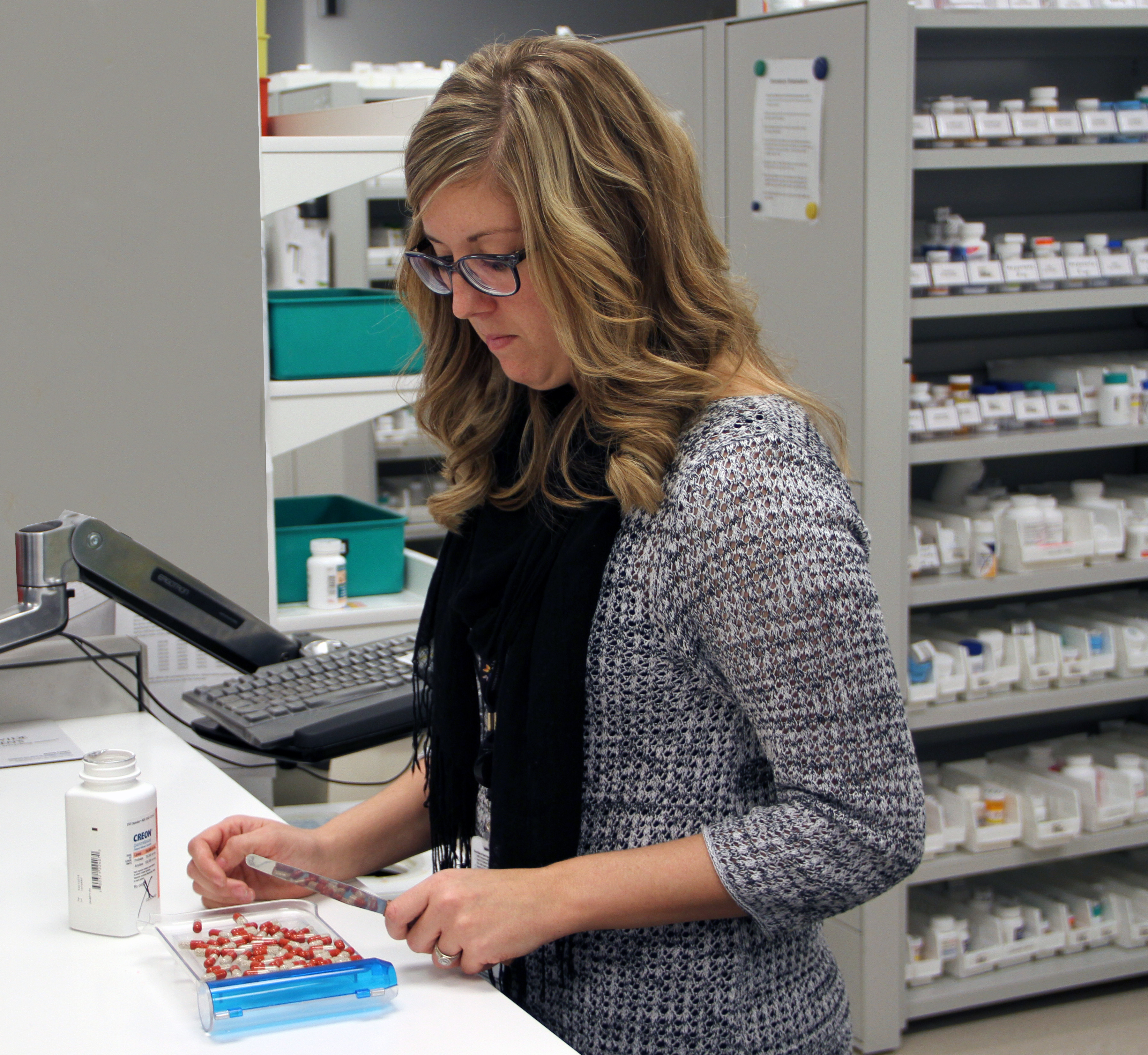 A pharmacy technician prepares a prescription at Nationwide Children’s Hospital. A study here by researchers in the Center for Injury Research and Policy and the Central Ohio Poison Center shows the high number of calls made to U.S. poison control centers regarding children exposed to prescription opioids. 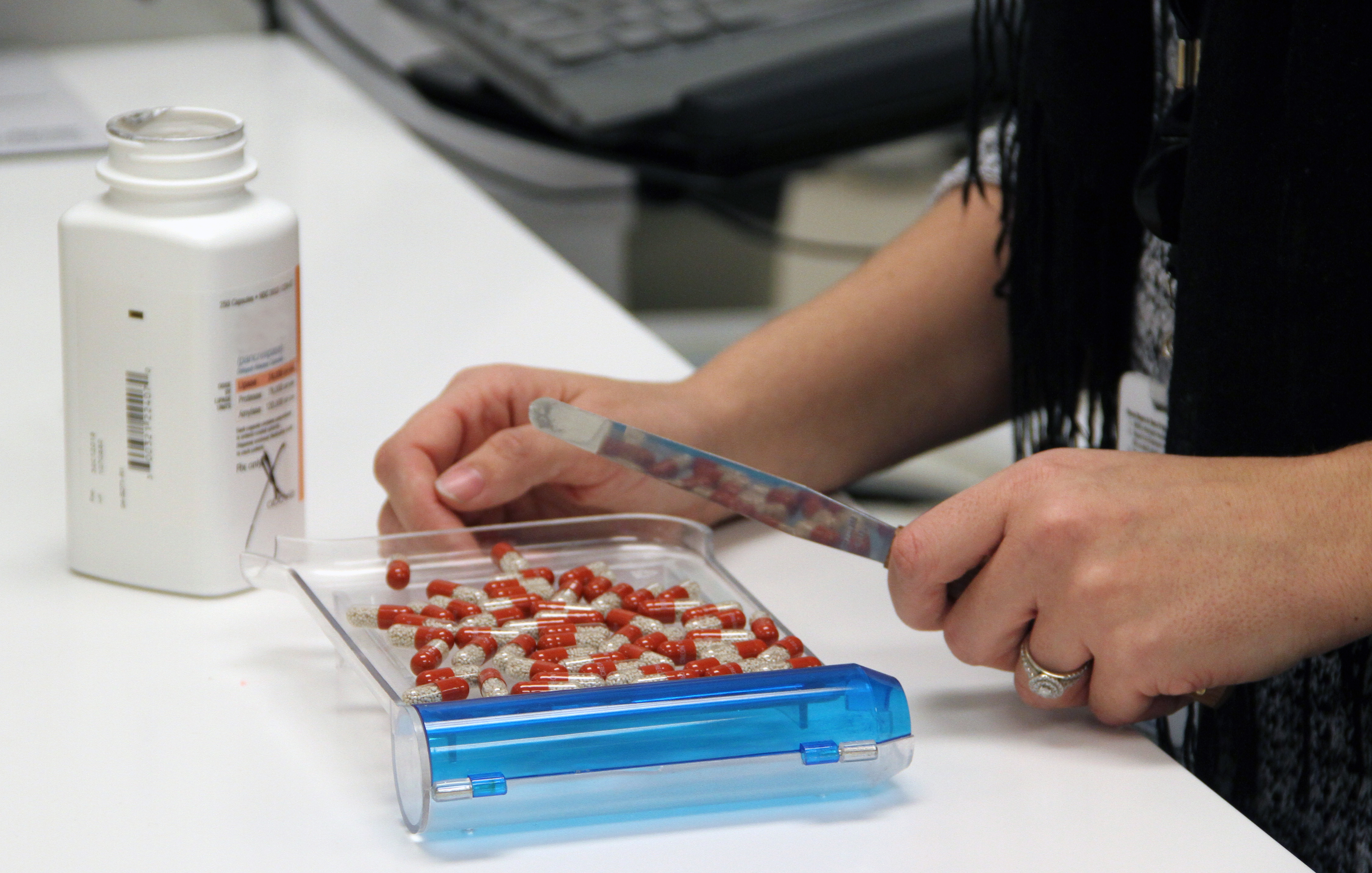 Pharmacies dispense more than 650,000 opioid prescriptions each day in the United States. A new study by the Center for Injury Research and Policy and the Central Ohio Poison Center at Nationwide Children’s Hospital shows that calls to U.S. poison control centers rose in 2014 and 2015 about children exposed to a type of prescription opioid known as buprenorphine. 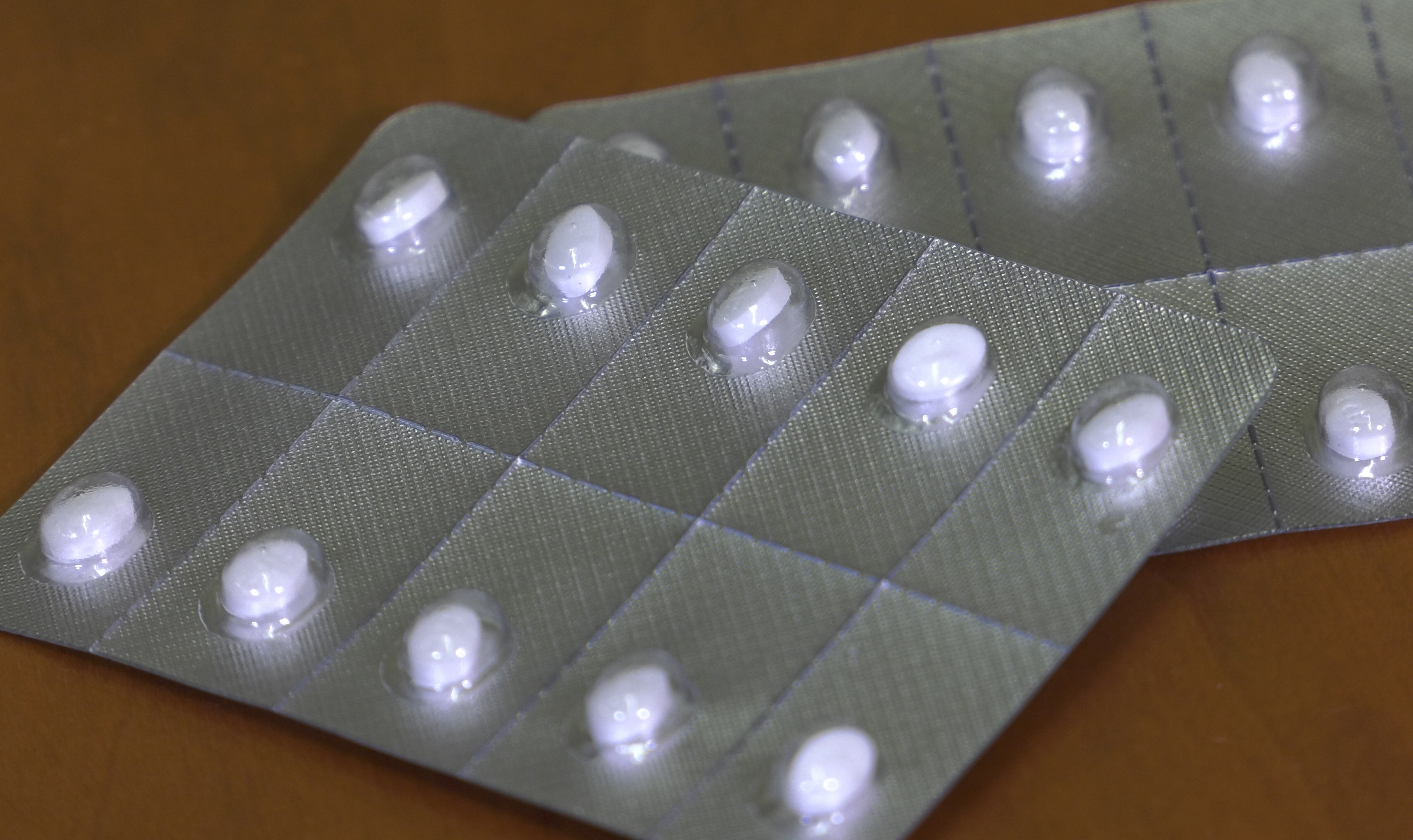 A new study shows that calls to poison control centers across the United States rose in 2014 and 2015 regarding children being exposed to the prescription opioid buprenorphine. To better protect children, experts are calling for prescription opioids to be distributed more often in blister or unit dose packs like this, instead of being poured loosely into bottles.