“My kids go through a lot when it comes to needle-related procedures,” said Dr. Amy Dunn, a pediatric hematologist at Nationwide Children’s Hospital. “I see the struggle these children and their families deal with on a daily basis, so I was looking for different and new ways to help them address this fear.” Some of Dr. Dunn’s patients get as many as three infusions per week for conditions like hemophilia, creating near constant anxiety and stress in patients and their families.

“That’s extremely important,” said Patterson. “Whether it’s getting an infusion, a blood draw or lab work, these patients really can’t use their hands, so there needed to be a different way to control the games.”

The system uses lightweight, cardboard headsets. Because they’re disposable, there is no need to worry about sanitizing the headsets from one patient to the next. The games are loaded onto smartphones, so they are wireless, and nurses follow the progress of the games by watching a monitor. That allows them to intervene whenever they feel it’s necessary.

“The nurse is right there with the patient and she knows when they may need more distraction or less,” said Dr. Dunn. “It’s a nice feature that the nurse can actually orchestrate the game right there in real time, if needed. So far, the results have been fantastic.” 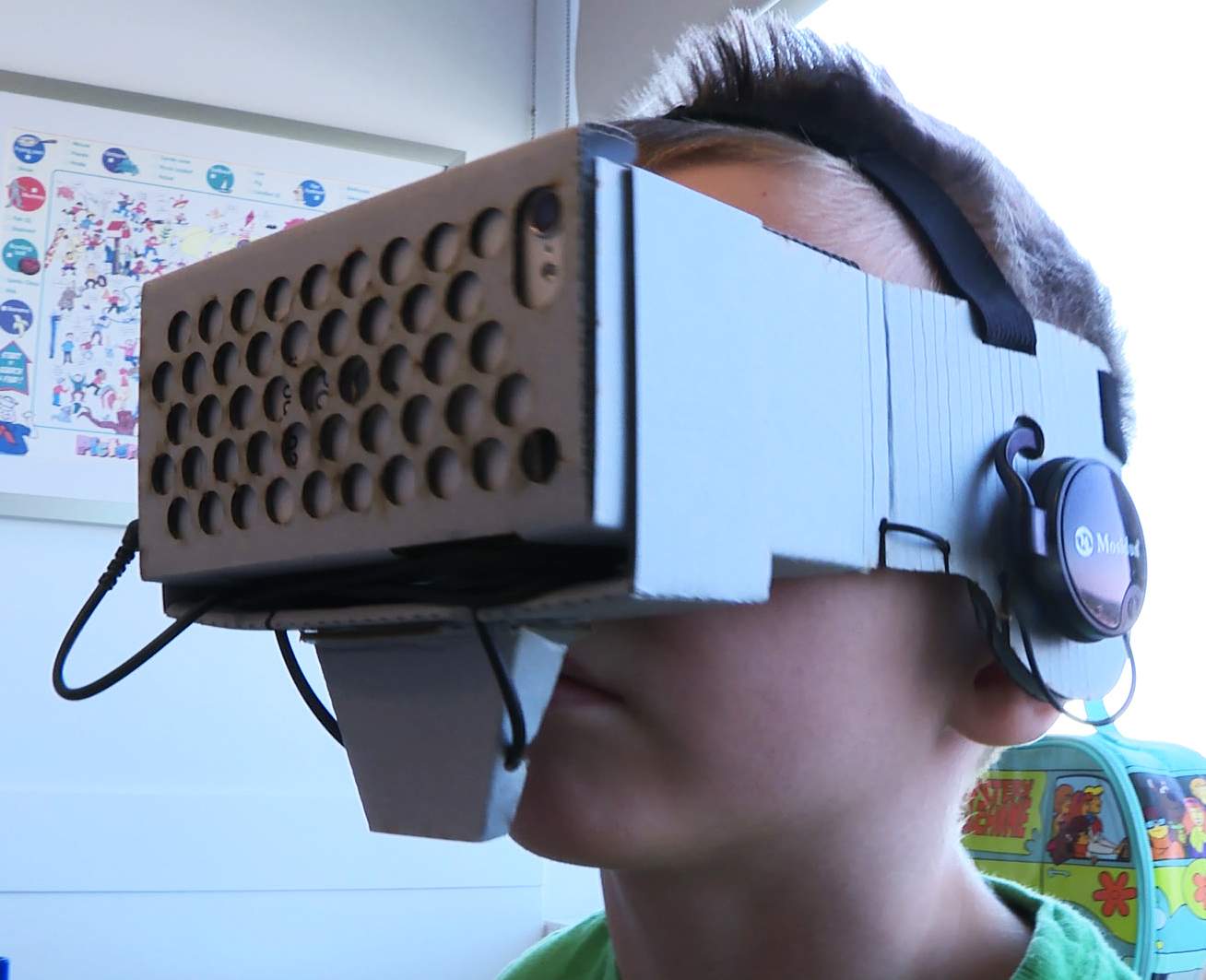 A virtual reality game system specially designed for young patients, is controlled through eye and head movements and breathing, which leaves a patient`s hands and arms free during needle-related treatments. 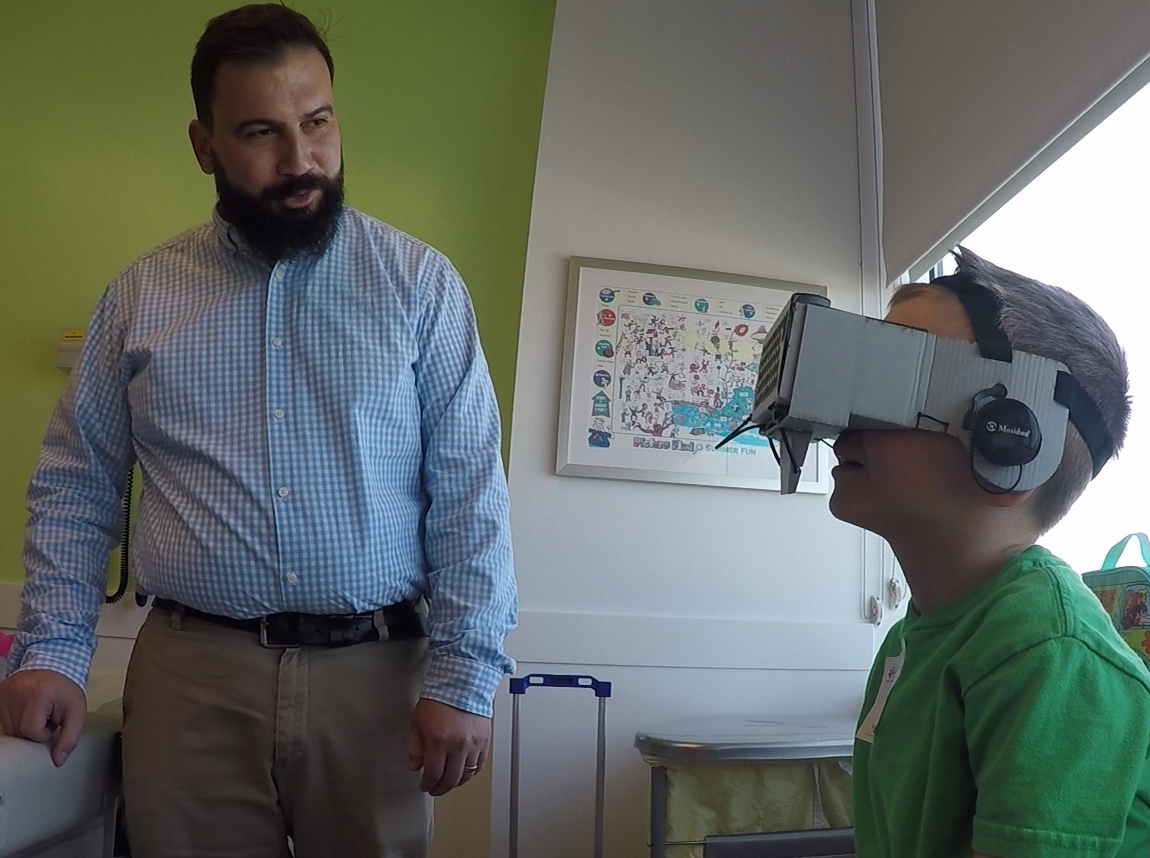 Jeremy Patterson, a systems programmer at Nationwide Children`s Hospital, worked with hemophilia patients as well as clinicians to customize every aspect of a new virtual reality game system, which distracts patients during needle-related treatments.

Brody Bowman, 6, plays virtual reality games while getting a medication infusion at Nationwide Children`s Hospital. His mother says he barely reacts to needle pricks while distracted by the games, which it makes the treatment process much easier on both of them. 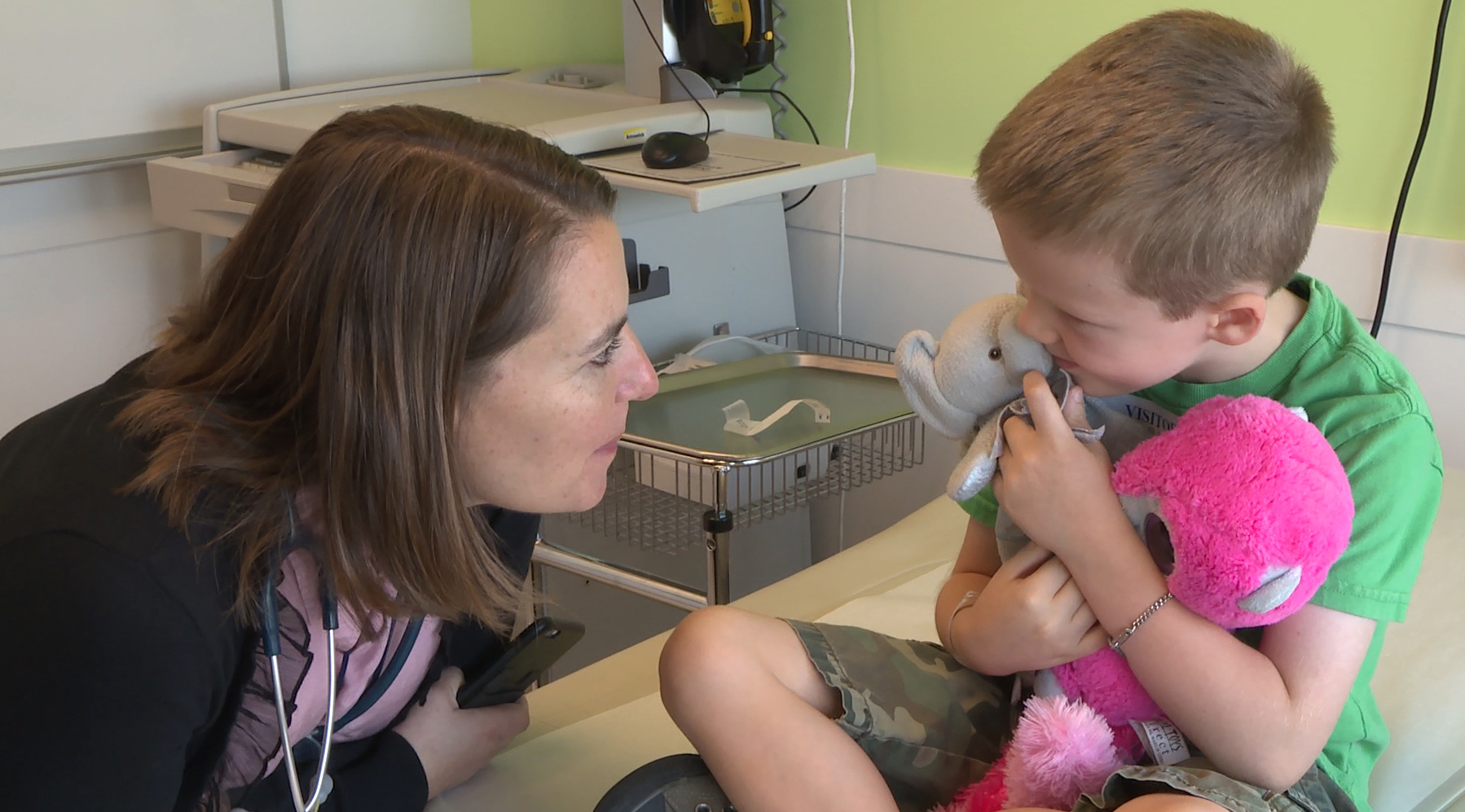 Dr. Amy Dunn, a pediatric hematologist at Nationwide Children`s Hospital, wanted to find a way to ease the pain and anxiety of her patients who need regular medication infusions. She worked with a development team to create a virtual reality gaming system that she uses to distract kids during their treatments. 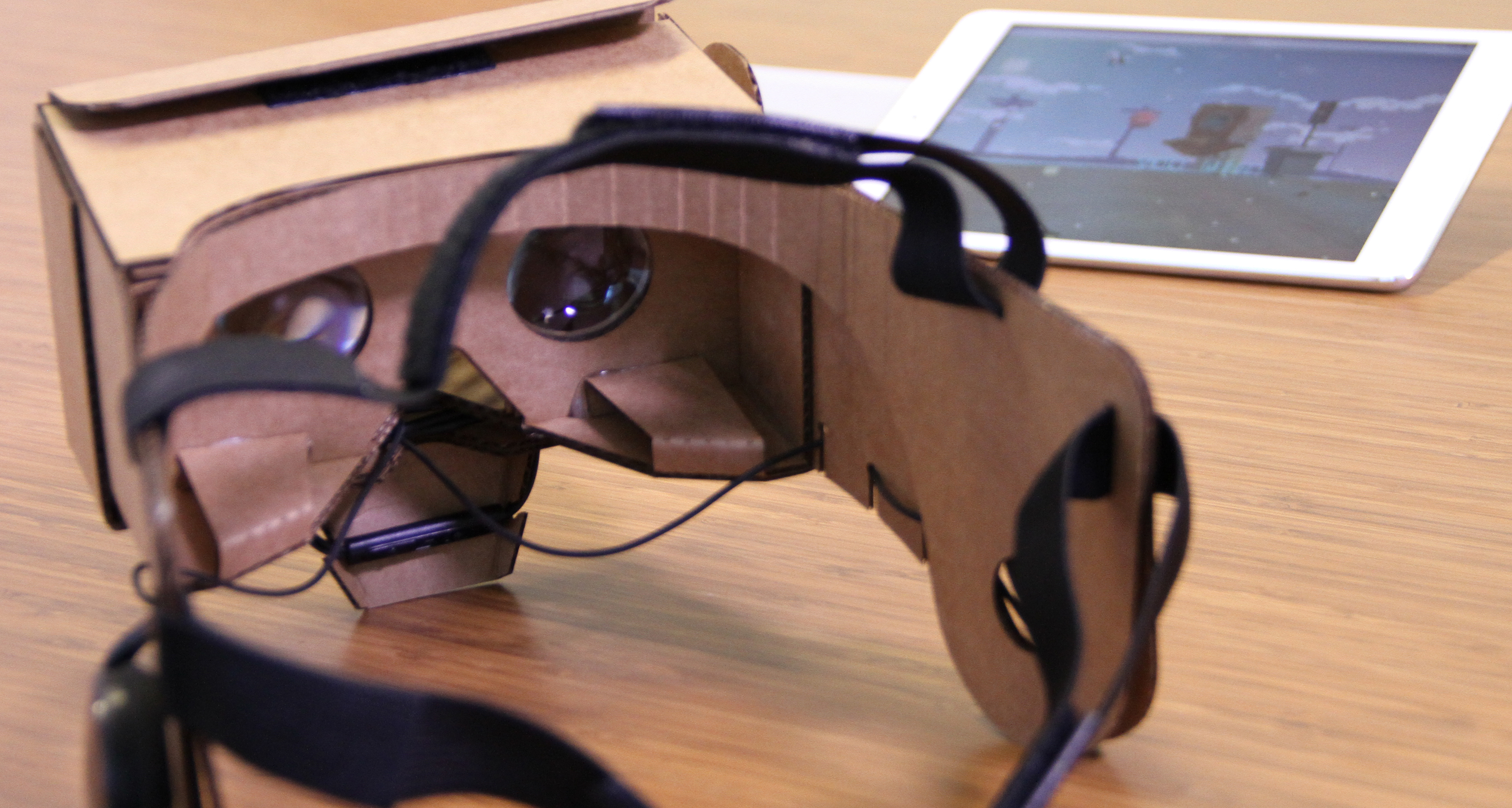 Cardboard goggles, worn by young patients who use them to play virtual reality games during medication infusions, are designed to fit children and are lightweight and disposable, eliminating the need to sanitize equipment for each patient.