This multimedia release has been archived... for more downloads from this release please contact Chris at chris@mediasourcetv.com.

(COLUMBUS, Ohio) – The first national study to look at the number of young children who suffer stair-related injuries is out, and while the numbers inched lower during the 10 year study, the frequency of injuries is alarming.

“The good news is, that during the study period (1999-2008), we saw a decrease of more than eleven percent overall in the number of injuries to young children on stairs,”¹ said Dr. Gary Smith, senior author of the study and the Director of the Center for Injury Research and Policy at Nationwide Children’s Hospital.

“But the bad news is, on average, we’re still seeing a child every six minutes rushed to an emergency department in this country because of a stair-related injury.”

Of the estimated nearly one million children under the age of five who were treated in emergency departments during the study period, Dr. Smith said most (76.3%) had injuries to the head and neck region, and a growing number of children continue to be hurt while being carried on the stairs.¹

“That’s an important finding of this study,” said Dr. Smith.  “Among children younger than one year of age, about a quarter of the time they were injured while being carried,” he said.  “These children were three times more likely to be hospitalized because of their injuries.”

While her child didn’t require a trip to the hospital, Chris Garbrandt knows the terror all too well.  In a split second, her six month-old son Will got through a safety gate and rolled down a flight of stairs, bruising his face.

“We were going out that very day, ironically, to buy a new gate,” said Garbrandt.  “I’d just opened the gate to grab something from the kitchen, turned around and Will was tumbling toward the end of the stairs.  It was really scary.”

When mounted and used properly, safety gates can offer children protection and parents peace of mind.  The problem is, many houses simply aren’t set up for the effective use of gates.

However, “two out of three homes simply cannot accommodate a wall-mounted gate at the top of the stairs,” said Dr. Smith, “and one out of three can not accommodate a pressure-mounted gate at the bottom of the stairs.”  Homes simply aren’t built with these safety measures in mind.
Because of that, Smith, who is also with The Ohio State University College of Medicine, is calling for changes. “Much more attention should be paid to making stairs safer and user friendly, especially through building codes.”  Not only so proper gates can be used, but because improved standards for uniform safe stair design are needed.

“If you sight down a flight of stairs,” said Dr. Smith, “the leading edges of all the stairs, including at the top landing, should all line up. Very commonly, especially in homes, that top stair is misaligned, which can lead to a mis-step and serious fall for adults and children.”

– Never let children play on stairs
– Always keep stairs free of toys and clutter to prevent tripping
– If you carry a child down the stairs, always keep one hand on the handrail for balance, and never carry anything else at the same time, and
install safe handrails.
– Rails that are less than 6¼ inches around are safest,
because they make it easier for you to put your hand around the entire rail with a firm power grip. Avoid wider, decorative handrails that are difficult to firmly grasp.

Dr. Smith’s study is published in the March issue of Pediatrics. 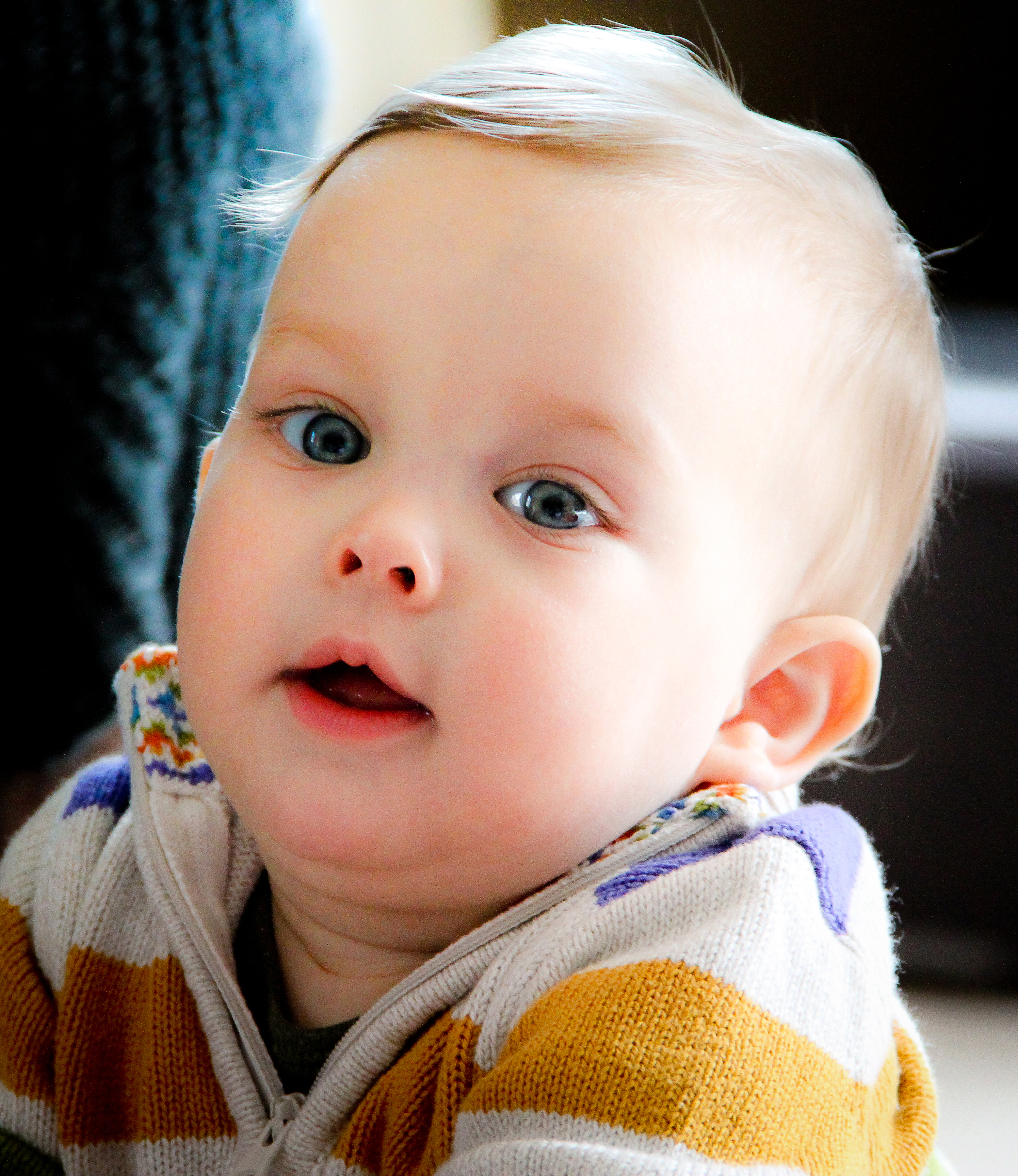 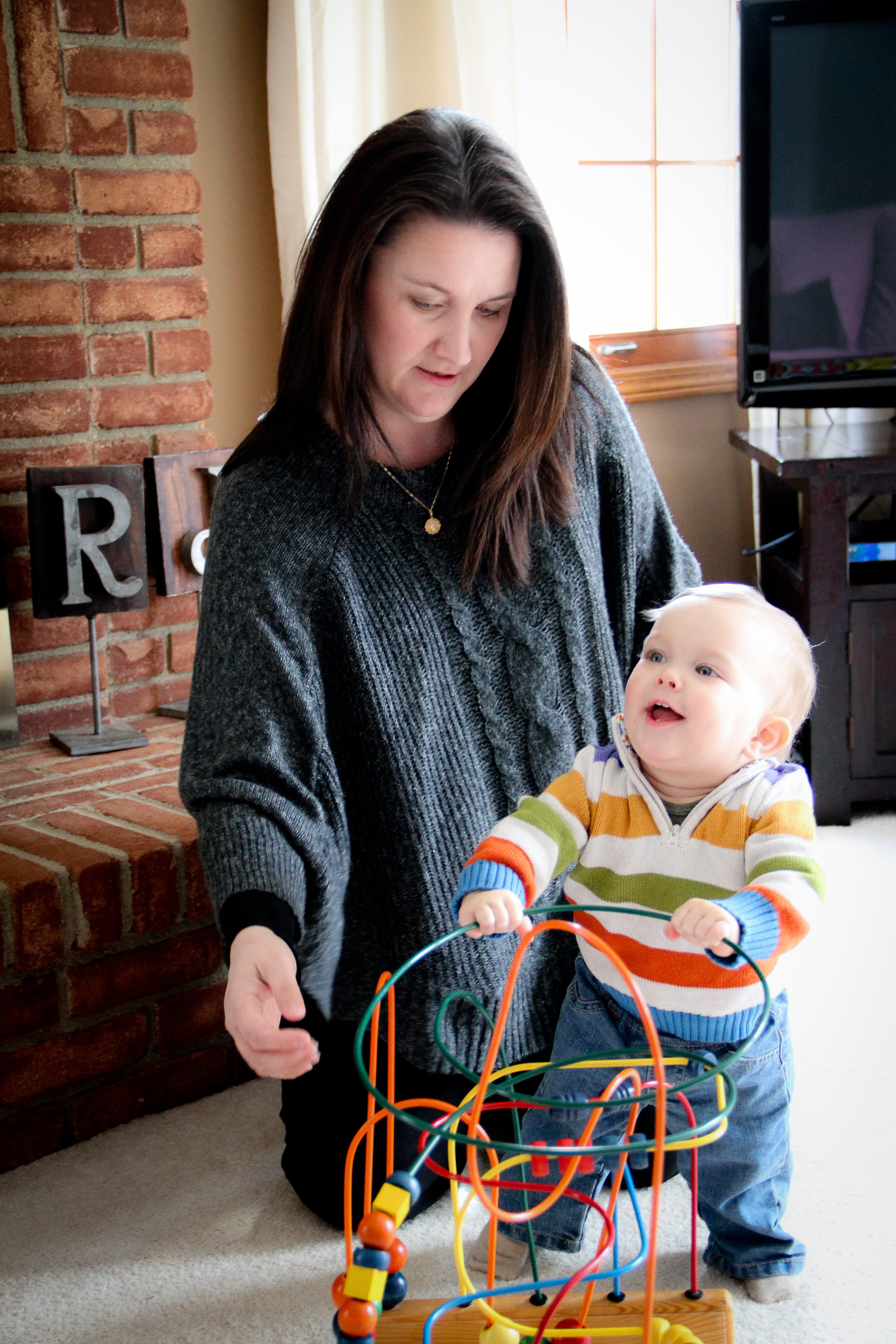 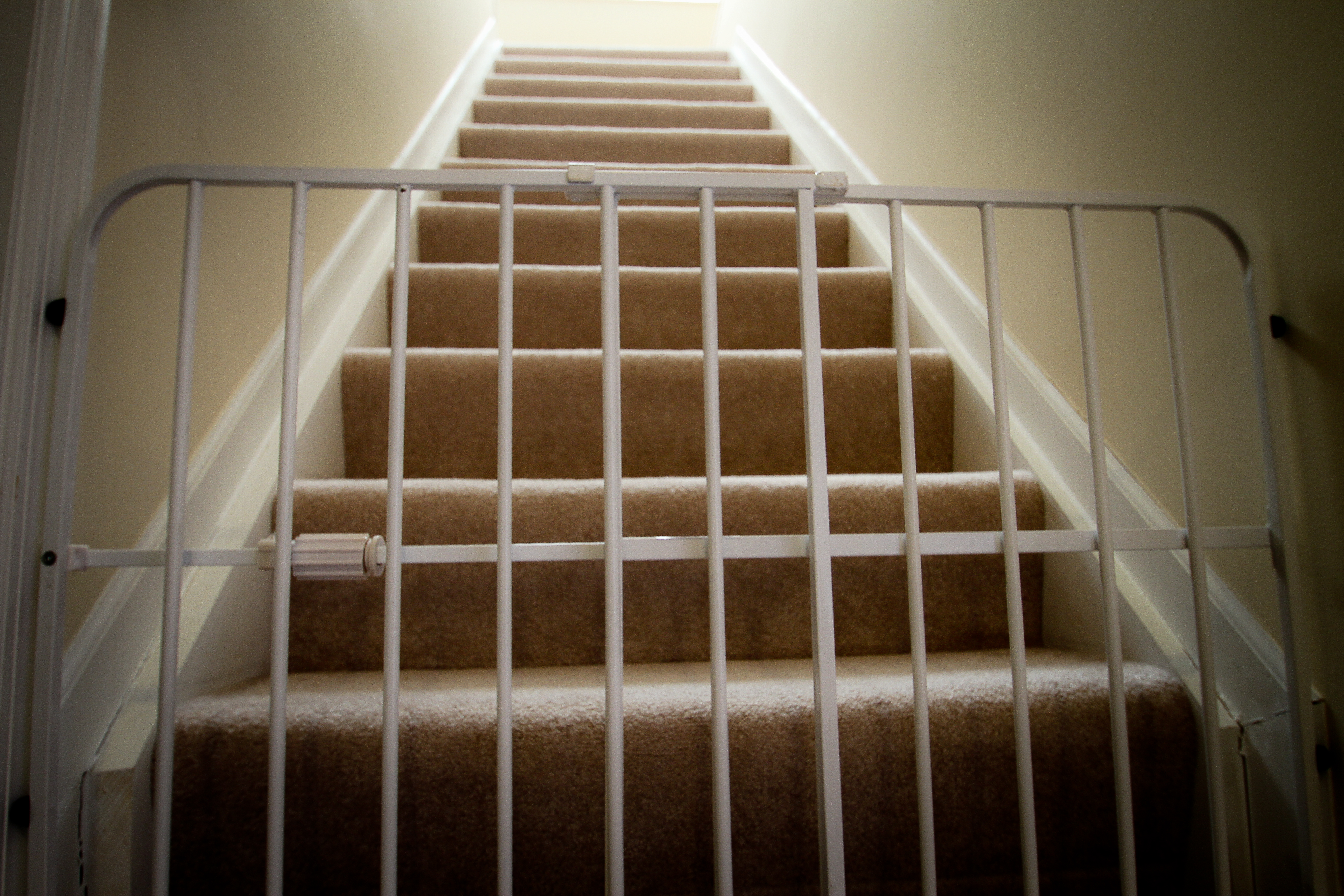 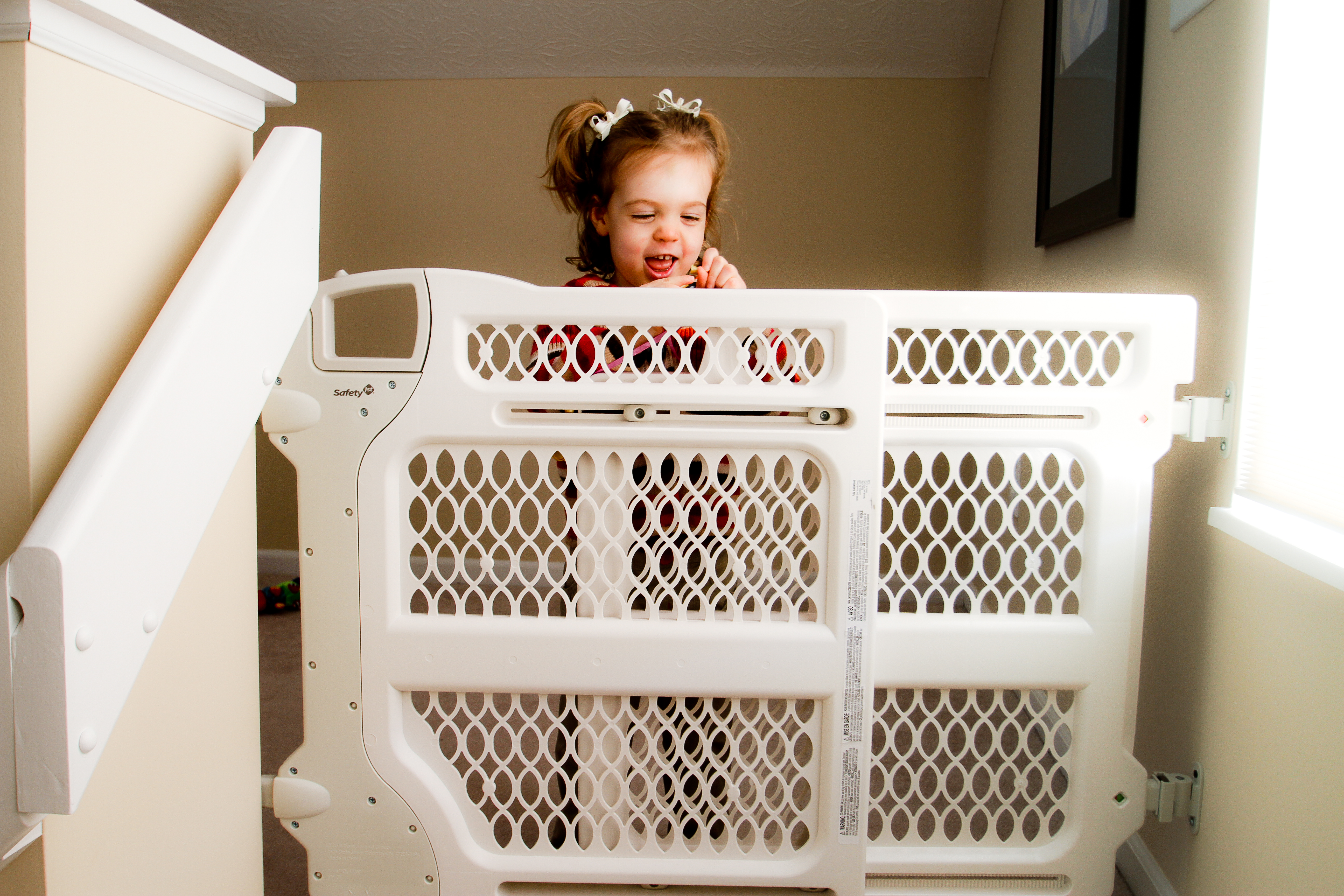 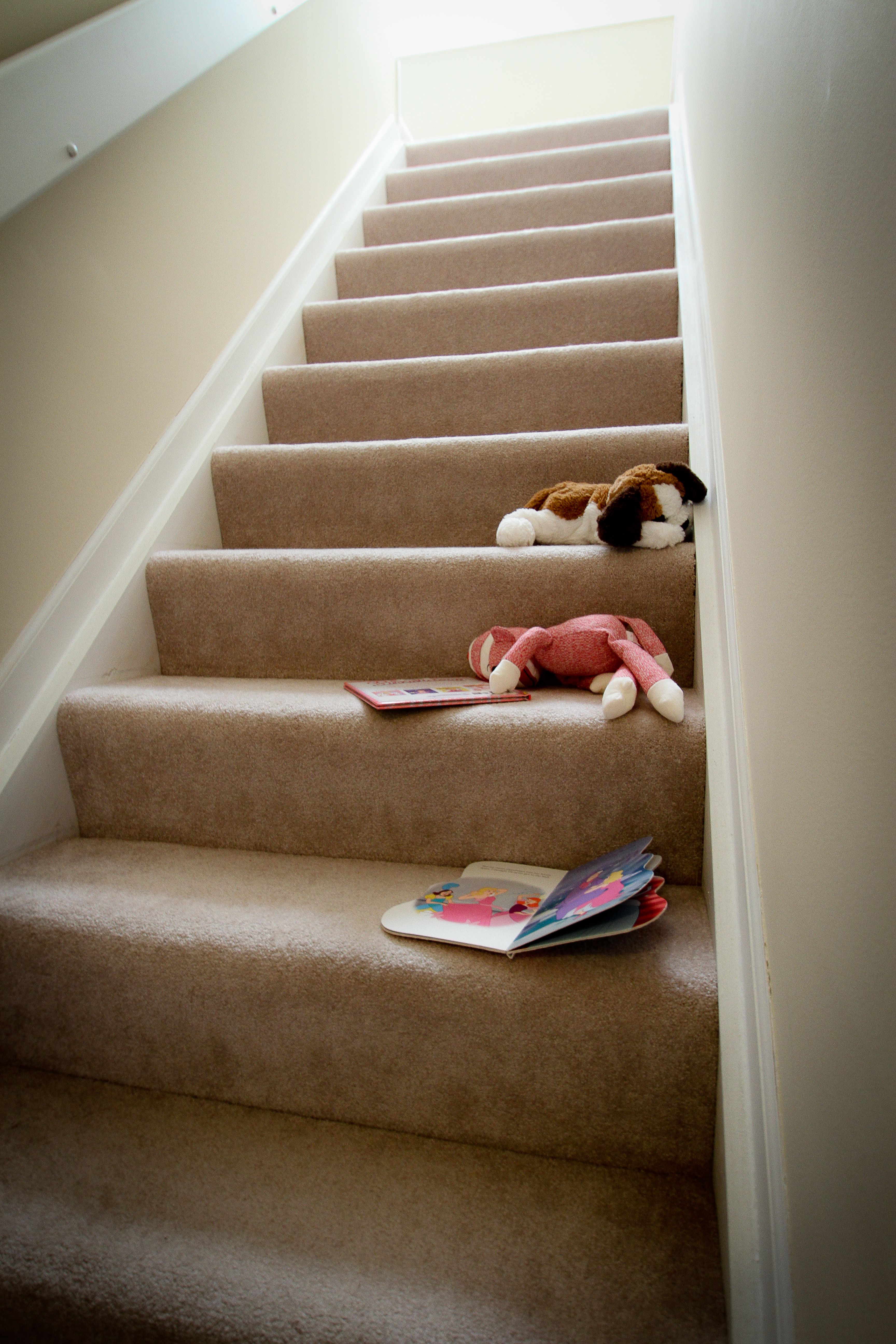 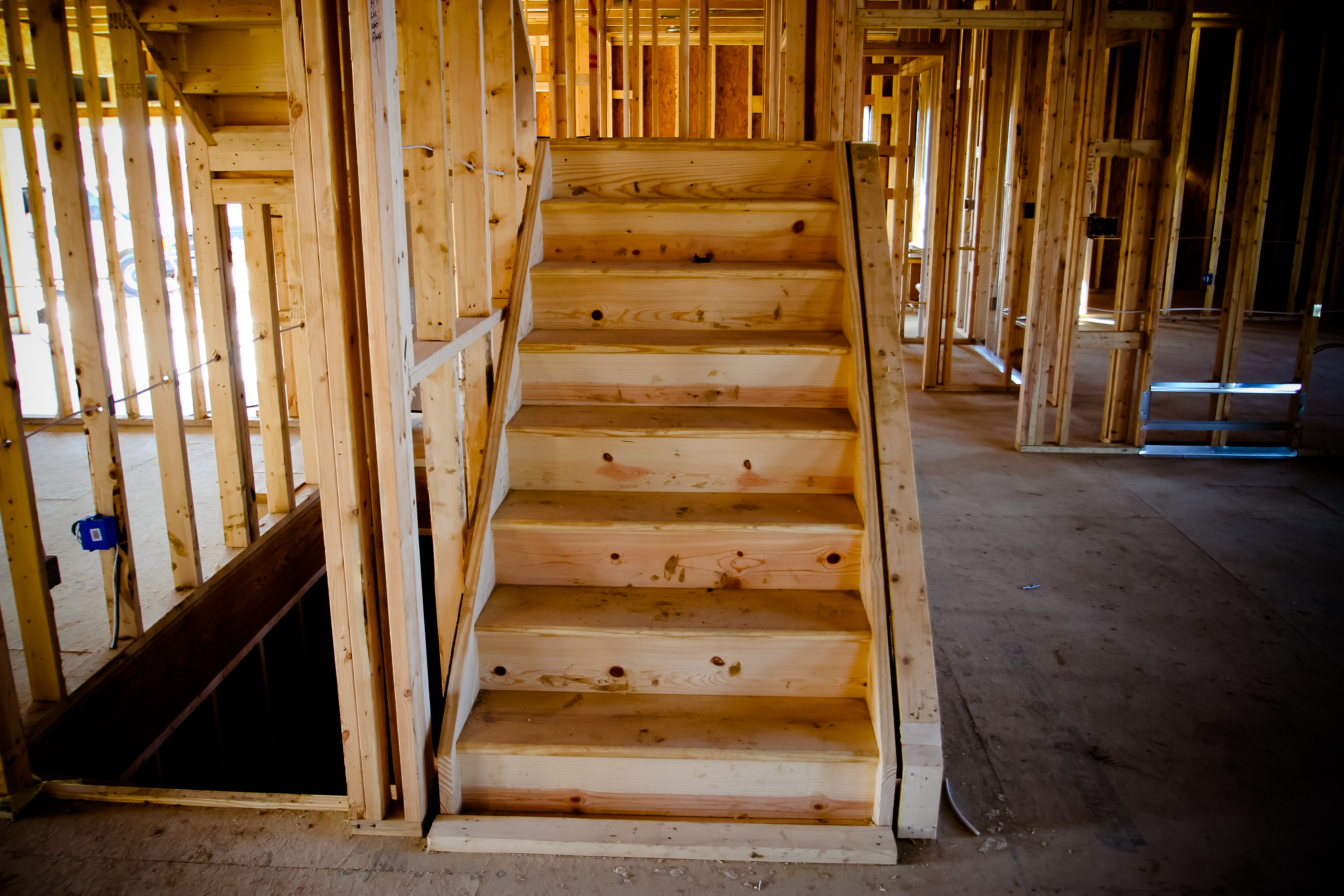